Art Taylor, Guest Author, On Writing What You Know 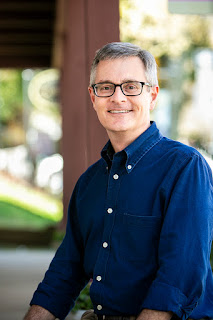 We have Jeffrey Marks, publisher at Crippen & Landru, to thank for today's post. He suggested Art Taylor for a piece on the blog. Thank you to both Jeffrey and Art.

Art Taylor is the author of the story collection The Boy Detective & The Summer of ’74 and Other Tales of Suspense and of the novel in stories On the Road with Del & Louise, winner of the Agatha Award for Best First Novel. He won the 2019 Edgar Award for Best Short Story for “English 398: Fiction Workshop,” originally published in Ellery Queen’s Mystery Magazine, and he has won three additional Agatha Awards, an Anthony Award, three Macavity Awards, and three consecutive Derringer Awards for his short fiction. His work has also appeared in Best American Mystery Stories, and he edited Murder Under the Oaks: Bouchercon Anthology 2015, winner of the Anthony Award for Best Anthology or Collection. He is an associate professor of English at George Mason University, and he has contributed frequently to the Washington Post, the Washington Independent Review of Books, and Mystery Scene Magazine.


Writing What You Know (or Remember (or Research))

In the creative nonfiction courses I’ve just finished teaching at George Mason University, students have been writing memoirs and personal essays—with a lot of looking inward and looking backward into their pasts.

One thing I emphasize to these students is the importance of research—despite the fact that they’re writing about their own lives, their own pasts, and things they feel like they already know because, well, they were there. Part of research involves getting the facts right—stress on that word nonfiction—but there’s more to it than facts. Even where the emphasis in memoir might be about what a writer saw, heard, thought, or felt, couldn’t a dramatization of those experiences be enhanced by painting a portrait of place and of time?

Creative nonfiction borrows many techniques from fiction writers—building character (even when those characters are real people) and shaping scenes (even when that means giving shape to real events). But fiction writers, in turn, can also benefit from the kinds of research we associate with nonfiction, especially when writing fiction that’s grounded in personal experience. 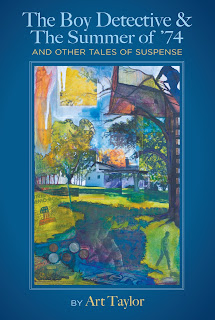 The title story of my new collection The Boy Detective & The Summer of ’74 and Other Tales of Suspense is about a young boy in small town North Carolina in that summer of 1974; he’s a big fan of Encyclopedia Brown, and when he and his friends find a animal bone plopped down in the backyard, he suddenly fancies himself a detective—with a big case to solve.

I myself grew up in a small town in Eastern North Carolina in the 1970s. I was a huge reader of Encyclopedia Brown too (and Nancy Drew and The Three Investigators). And one day, my friends and I found an animal bone in their backyard and….

Well, you can see where this is going. While the story “The Boy Detective & The Summer of ’74” quickly veers from my own reality (in the story, the mystery is solved, for better or worse), the geography and the time period remain the same. So shouldn’t I have had an easy time writing those parts of the story? I lived it, after all!

I actually revised this story over many years, about a quarter-century actually, and I spent a lot of time researching that pivotal summer of 1974, using not only Google searches but also a series of books I keep on the shelf by my desk: American Decades, specifically in this case the volume 1970-1979.

What toys were kids playing with then? What were kids watching on TV that summer, and what new shows were on the horizon? What were they wearing, and what were their parents wearing?  And what was going on in the news that those parents would’ve been talking about?

With Watergate in the news, that’s quite a bit to that last question—and Watergate is indeed mentioned in the story. More news from that year isn’t explicitly included, but reading through the news stories of the era—gender issues, race relations, etc.—gave me some insights into the times that helped shape the story, and studying Southern lit and Southern history in college and grad school helped give me more perspectives on those times than I could claim simply growing up in them.

In terms of cultural touchstones, isn’t it amazing how much we’re influenced by what we watch and listen to? Realizing that the TV schedule that year included both the Six Million Dollar Man and Kung Fu helped me remember some of my own childhood idols and ideals—and lend those to the kids in the story.

Revisiting the songs that would’ve been on the radio put me in the right frame of mind: “Rock On,” “Spiders and Snakes,” “The Streak,” “Time in a Bottle”—and you can listen here to a playlist of favorites I made on Spotify.

And some research proved fortuitous in unexpected ways. In one key scene, the kids steal a Playboy magazine, and so I did a Google search for the covers from that summer—and was surprised when one cover had a cartoon image of three smiling boys and one sad-eyed girl staring at a bikinied Playboy model.

My story, coincidentally, happens to be centered around three boys and the new girl in the neighborhood and the coming-of-age tensions between all of them. That specific issue of Playboy became, of course, the one they found—a little thematic flourish I never would’ve dreamed up myself

Write what you know, they say, and there’s truth in that. But remembering what you know might require some research and some more deliberate revisiting, potentially with some inspiring results.

Readers: Where has a book or story opened up your eyes about some place you’ve lived or some era you’ve lived through? And writers: Where has your research turned up something you didn’t know or didn’t realize about a place or an era you thought you knew?

Thanks so much for hosting me here, Lesa--appreciating all the support you show all of us in the mystery community! :-)

I just read this - I've read every Crippen & Landru book - and it was interesting to me. I read a lot of short stories, as you know. As a rule I usually like shorter stories than longer ones, and when I read a collection I will often read the shorter stories first. What I find with Art's collection, however, was that I far enjoyed the longer stories (several, as I discovered were award winners) to the shorter ones. Overall, I thought it was a very good collection and I'm glad I read it. Thanks, Art.

And a shout-out to Art! Fun to see you here and I very much enjoyed reading this. There's not much more fun for me as a reader and a sometimes writer than going down a research rabbit hole. There's always delightful things to be learned and those things will occassional lead to a book being published about one of those favorite things.

Great advice, Art! It gave me inspiration for writing another post about research when I have some time. And, coincidentally, I have a post up on Soothsayers today about "writing what you know." Keep writing!

Hi, Jeff —
Thanks so much for the kind words on my collection--and for being a C&L subscriber too, sounds like! I admire so much the work that they do--and glad some of my longer stories stood our here!

Hi, Kaye —
Thanks for checking in, and yes, a research rabbit hole can make for a fun journey! Love your picture here too. :-)

Hi, Jan —
Good to hear from you--and glad my post helped inspire you a bit too. Will check out your Soothsayers post soon!
Art

Thank you, Art. I appreciate it that you took tie to write the post, and check in during the day.

I published a mystery a while back set in contemporary Wyoming cattle country (murder and cattle rustling). I've been there many times to brandings and similar community events, and I used much of my direct observations and experience in the novel. But being a city boy I researched ranch life extensively through books and articles, and incorporated elements into characters, plot, dialogue. Write what you know and what you learn.

Well said, Bruce--it's a combination of both. Thanks for sharing!