Sheila Connolly died on April 20 in her beloved Ireland, where she moved last year. I've reviewed all kinds of her books here on the blog, beginning with One Bad Apple back in 2008. She wrote the Orchard mysteries, the Museum mysteries. the County Cork ones, the Relatively Dead series, and, under the name of Sarah Atwell, a glassblowing mystery series. In the last few years, she wrote the Victorian Mystery series in which she could use some of that knowledge she had of Victorian houses.

I actually only met Sheila in 2016 at Bouchercon in New Orleans. On the last day of the conference, she, David Chaudoir, and I had a delightful morning in the city. We went to Cafe du Monde for beignets, and then we wandered around the French Quarter while Sheila told us about the houses, their fixtures, their construction. She was so knowledgeable! 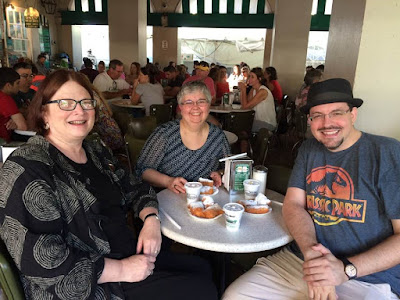 But, the best tribute I can actually give to Sheila is to share a post she wrote for us in 2014 when her second County Cork mystery, Scandal in Skibbereen, came out. Sheila wrote about her love of Ireland. 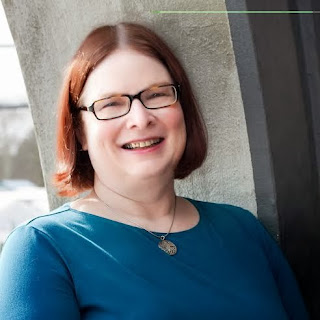 I fell in love with Ireland the second day I was there.

Not the first day. When my husband and I took our daughter to England and Wales, we tacked on Ireland.  After all, my father’s parents both came from there, and it was so close, how could we not?

We stepped off a plane and headed for the place my grandmother was born—and of course we got lost.  Like most Americans we didn’t realize that driving in Ireland consisted mainly of following winding two-lane roads (on the wrong side) and avoiding the occasional sheep in the road.  Signs are few and far between, and if you ask for instructions you’re usually told something like “turn left at the sixth lane, and if you go past the creamery you’ve gone too far.” While we did finally find the tiny townland we were looking for, it was not a promising start.

Then we set off again for the village of Leap, a tiny place in West Cork overlooking Glandore Harbor on the south coast, a few miles from where my father’s father was born.  By the time we arrived it was getting dark, and it had started raining—hard.  We stopped at the hotel (the only one in town) and all eight of its rooms were booked by fishermen, but they sent us around the corner to a family who had a couple of rooms available. Then we went back to the hotel for dinner, which was everything we’d ever heard about Irish food: grey meat, mashed potatoes and carrots, all swimming in murky liquid. It kept raining.

Tired and damp and discouraged, after dinner we retreated to our room and went to bed. The next morning I was the first to wake up, and I slid out of bed and pulled back the curtains to find a view of sunshine and sparkling water with gliding swans, and cows grazing on the hill, and I almost cried.  That’s when I fell in love with Ireland.

And if that wasn’t enough, I discovered that the pub across the street was called Connolly’s. That’s the place that became Sullivan’s pub, the heart of Buried in a Bog.

But it took ten years to get that book published.  I hadn’t even started writing when first saw the pub,  but the village made a lasting impression on me, and I used the setting for the second book I ever wrote a couple of years later, with the pub at its center (the less said about that first book, the better).  That book never sold, but I refused to give up on it: I rewrote it and changed the major characters not once but twice, but never the setting.  Third time’s the charm, it seems: Buried in a Bog was published in 2013 and became a best seller.

Why do I write about Ireland? I write cozy mysteries, which is what I’ve always loved to read. Most cozies are set in small towns, but American cozy writers hadn’t really ventured abroad with their stories. But since most of Ireland (with the exception of the biggest cities) is one small town, where everybody knows everyone else, and their entire family history, I thought it was perfect for cozies.
I once told someone that visiting Ireland was putting on an old shoe: it’s like slipping into something that just fits right, like it’s been yours forever and knows your foot. Ireland felt like home, even though I’d never seen it before. And I keep going back.

My main character, Maura Donovan, was born in Boston and raised by her widowed Irish-born grandmother.  She has no interest in Ireland, having seen her share of down-and-out immigrants in Boston. But her grandmother insists that Maura visit Ireland, as her last wish, so Maura goes reluctantly, and there she finds a home and relatives she never knew she had and friends—in short, more than she ever expected. In fact, there’s one point in Buried in a Bog when Maura is overwhelmed by events and is reduced to rare tears, and she demands, “why is everybody being so nice to me?” She’s angry and confused, and unable to handle simple kindness and others looking out for her, a near-stranger. But that’s the way it is in Ireland, particularly if you have any Irish in you. 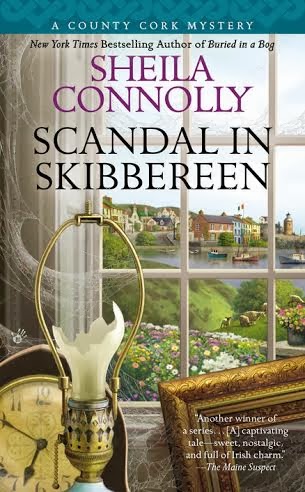 By the second book, Scandal in Skibbereen, Maura has begun to settle in. The book opens with the arrival of pushy New Yorker Althea Melville, who’s searching for a lost painting, and she can’t understand why everybody isn’t jumping to help her, and she thinks she has to deceive them to get what she wants. It falls to Maura to explain that things don’t work like that in Ireland; people are more than willing to help you, but you have to ask, not demand. By the end of the book even Althea has come around to that point of view.

There’s only one problem with writing murder mysteries set in Ireland:  few murders take place there (except in Dublin). I met with a sergeant at the local police (garda) station, who told me that they’d had all of three murders in their district in the past decade, and in each of those cases they’d known who did it.  I apologized to him for inflating their crime rate, at least on paper.

What I enjoy most about writing this series is exploring the contrast between insider and outsider, the past and the present, the old and the new. You find all of these side by side in Ireland, and sometimes I have to shake myself and wonder, what decade am I in? The townland where my grandmother was born is still using the mail box installed during Queen Victoria’s reign, and the church holiday bazaar is still raffling off a truckload of firewood. Time seems slower there. The nights are darker and quieter.  It’s beautiful and peaceful, and, yes, there are plenty of rainbows.

I’m still in love with the place. I hope I can let readers see what I see there.

*****
Ah, Sheila. You always let readers see your beloved Ireland, and then the cottage you bought and restored. May you rest in peace.


*****
Just a note. If you're looking for Sheila Connolly's books, you can find them in bookstores, of course. If your public library subscribes to Hoopla or Overdrive, they're available there as well.

So sorry to hear this. She was way too young.

What she said about everywhere in Ireland being a small town struck a note. Wherever we went on our one visit there, as soon as we spoke, someone would ask where we were from and if we knew their cousin or brother in Philadelphia or Boston!

So sad to hear. I loved her Irish series. May she RIP.

Sad to hear. I enjoyed her museum mysteries.

Yes, she was way too young, Jeff. And, I agree with everyone. So sad. May she rest in peace.

A lovely tribute, Lesa. I remember hearing about the cottage Sheila bought in Ireland and thinking that she was living my dream. I'm glad she died in the place she loved so much. And I'm grateful that her readers can visit through her books.

Very nice tribute. Sheila leaves a big hole in our community. I was privileged to be her friend and colleague and will miss her so much.

She was indeed an amazing lady. But so many people who are writing about her are leaving out what I personally think was her greatest gift. Have you ever been on the receiving end of one of her hugs? I literally bumped into her at RWA NY one year having left an authors table and she just looked down at me and asked, where's my hug?

That was also Sheila at her best.

I'm so sorry for all of you who were her friends, and who knew her much better than I did. I'm sorry.

Such a lovely tribute, Lesa.

I saw the first reference to her passing yesterday and was heartbroken.
I will miss my "trips" to Ireland thanks to her.

Oh, how sad. I've only recently have discovered her books and have many that I want to read. Thank you for sharing your thoughts about her.

Thank you, everyone, for sharing in our memories. At the same time, Sheila left us mysteries to share, and memories of Ireland in one of her series.

I love you and all your series, I will so miss you. Rest in Peace

Add me to the list of those who will also mourn her death - and that of Maura. Because I love Ireland & Northern Ireland so much I've read her Irish books with pleasure (I have all of them except the latest).

I know. It's hard to know this series is over.

I was looking at my apple tree’s blooms today and it made me think of Sheila’s Apple Orchard Series... so I looked up her name to see if she had any new books coming out and found that she has passed. My heart hurts... RIP Sheila, you’ll be missed by many.

She will be missed by so many. Thank you for your kind rememberance.