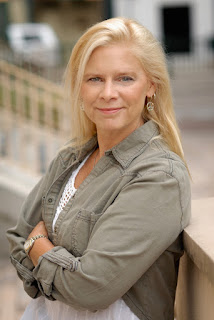 If you haven't yet come across Dana Ridenour's books, I'm happy to introduce you. The author herself has a fascinating background. I can't wait to have her answer questions about herself and her latest book, Below the Radar.

Thank you, Dana, for taking the time for an interview.


Dana, would you introduce yourself to the readers?
I’d be happy to. I grew up in Kentucky and dreamt of becoming an FBI agent. That dream came true when I was hired by the FBI in 1995. During my career I was assigned to four different FBI Field Divisions and had the opportunity to work a wide variety of cases to include multi-faceted narcotics investigations, domestic sex trafficking of minors, and violent crime. Eight years into my career, I was selected for the FBI's undercover program. My first long term, deep cover undercover case required me to infiltrate a radical animal rights group. This experience served as the basis for the three books in the Lexie Montgomery series. I had the rare experience of working a long-term undercover investigation with my then boyfriend/now husband who is also a retired FBI agent. We were a couple playing a couple. It was an incredible experience and became the inspiration for my new novel, Below the Radar. I retired from the FBI in 2016 and launched my first novel, Behind the Mask. Beyond the Cabin followed in 2017 and the newest novel in the series, Below the Radar, was released August 2019. I live in Beaufort, SC and I’m working on my fourth novel.
Please introduce Lexie Montgomery.
Alexis “Lexie” Montgomery is a young idealistic FBI agent who enters the FBI’s prestigious undercover program. She’s a well-rounded, intelligent, strong character with a huge coffee addiction. She’s not perfect and makes plenty of mistakes along the way. She learns from the mistakes and with each case becomes a better undercover agent. In Behind the Mask, Lexie is sent to Los Angeles and assigned her first undercover case. She continues her undercover career in Beyond the Cabin when she is sent to the Lowcountry of South Carolina. The investigation turns into a harrowing ordeal, leaving Lexie physically and psychologically battered. Lexie returns to her home office of New Orleans to recover. Because you can’t keep a good agent down, Below the Radar picks up a few months after her traumatic experience. Against the advice of her therapist and supervisor, Lexie, who is now 33 years old, volunteers to go to the Netherlands with a male FBI partner to search for a missing Dutch constable. Because of her unique background, she is perfect for the role, but she may not be physically or mentally ready for such a dangerous assignment. I love Lexie because she’s a strong female character, but not afraid to show her vulnerable side.
Without spoilers, tell us about Below the Radar. 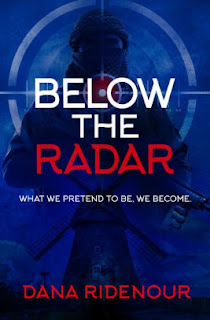 Below the Radar picks up a few months after Beyond the Cabin ends. FBI Special Agent Lexie Montgomery is recovering both physically and psychologically from her last mission that went horribly wrong. She has been handed the most dangerous undercover assignment of her career: infiltrate a terrorist cell in a foreign country to locate and rescue a missing Dutch undercover operative.

Dana Ridenour is a retired FBI agent and author. She spent most of her career as an FBI undercover operative infiltrating criminal organizations including the Animal Liberation Front, an organization of domestic terrorists.  Dana’s first novel, Behind The Mask,is fiction but based on her personal experiences working as an undercover agent.  Behind The Maskwon numerous literary awards and was named one of the best indie books of 2016 by Kirkus Reviews.

Dana lives in Beaufort, South Carolina where she is working on her fourth novel.

Thanks, Lesa. I enjoyed that. I like her last of favorite books to recommend.

Thank you for the interview opportunity, Lesa!

Thank you, Jeff! I enjoyed it, too.