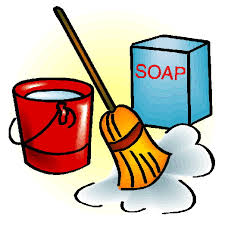 I'm on a different deadline this week. My Mom and sisters are arriving on Wednesday, and Thursday is the first of the month. That means I'm cleaning and getting the place ready. (Linda doesn't really want to sleep in a bed full of books, I'm sure.) At the same time, I hope I can get the Treasures in My Closet post ready to post a day early. So, I'm posting a couple of Sandie Herron's Have You Heard posts, and, if we're all lucky. Treasures will post on Wednesday.

Thanks, Sandie, for the help.
*****
First, a Cat in the Stacks mystery since Miranda James' The Pawful Truth has just been released. 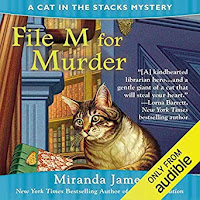 Athena, Mississippi resident Charlie Harris arrives home from the library with his Maine Coon cat Diesel, who accompanies Charlie to work on a leash, to find that his adult daughter Laura has arrived to teach acting classes at Athena College for a teacher on maternity leave.  Laura works with the writer in residence, playwright Connor Lawton, a temperamental man born in Athena. Connor was also once Laura’s fiancé for a short period when they both lived in Hollywood.

Laura’s students are acting out a piece of Connor’s play which is not finished nor named yet.  Connor finds that seeing a piece of the play acted out helps him see if a scene will work or if it still needs revision.  Connor is highly critical of the students’ work and criticizes them far too much. Laura goes to visit with Connor later and finds him dead on the floor.  Not knowing what to do, she calls her dad, Charlie Harris. Having learned from experience, Charlie goes to be with Laura, and they dial 911.

After removal of Connor’s body but before the deputy sheriff arrives, Laura looks around Connor’s apartment.  She sees an urn that carries family ashes that he carries to all his locations. Laura knows it has a false bottom, and from that secret compartment Laura removes a zip drive that is Connor’s latest backup of his play in progress along with other material about it.  When the deputy sheriff wants Laura to go downtown for questioning, Laura covertly slips the zip drive into her father’s pocket before going.

Laura is in her office the following day when she is attacked and knocked unconscious.  Having not seen her at breakfast, Charlie stops into her office, finding her on the floor, and calls 911.  The ER doctor tells him that she will be fine and does not show signs of concussion. Charlie’s son Sean, also staying with him, is quite upset when they arrive home.  When deputy sheriff Kenesha Barry questions Laura, the two men hover over her shoulder. The household retires early that night, but a fire in the house startles them awake.

With a policeman watching their home following the arson scare, Charlie knows who to go to when a plain brown envelope arrives in the mail for Laura.  Backup is called and the package removed, alarming the Harris household even more. Laura turned Connor’s zip drive over to the sheriff, but Sean made a copy beforehand.  A study of the play on it reveals clues to the origins of the play and where it was heading. “The play is the key” was a saying of Connor’s, but now it is an omen to the answers they seek.
Posted by Lesa at 3:00 AM

Enjoy the visit with your family.

Thank you, Sandy! I will.

Working at it, Glen. Thank you!

Get those sweep bags ready to dump stuff into them. Then in a month or two you will find what you have been looking for. I know this first hand.