Have You Heard? The Audie Award Winners

Thanks to Sandie Herron, for the past couple years, I've posted the list of the Audie Award winners. "The Audie Awards recognize distinction in audiobooks and spoken word entertainment and are sponsored by the Audio Publishers Association (APA). 2019 is the 24th year of annual Audie Awards." The winners were announced at the Audies Gala, March 4.

There are samples of the winners, and some of the shortlisted titles here -  https://www.audiofilemagazine.com/audies/ 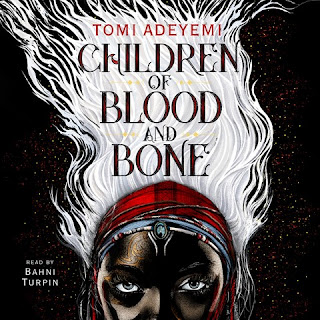 Non-Fiction
The Perfectionists
Written and narrated by Simon Winchester HarperAudio

Additional information can be found online at www.theaudies.com

ABOUT THE AUDIE AWARDS®
The Audie Awards® is the premier awards program in the United States recognizing distinction in audiobooks and spoken-word entertainment. Publishers and rights holders enter titles in various categories for recognition of achievement. Finalists are selected, and from that group of finalists one winner is awarded. The Audie Awards® is a registered trademark of the Audio Publishers Association.

ABOUT THE APA
The Audio Publishers Association (APA) is a not-for-profit trade organization whose primary goals are to promote awareness of the audiobook industry, gather and disseminate industry statistics, encourage

Labels: Audie Awards, Have You Heard?