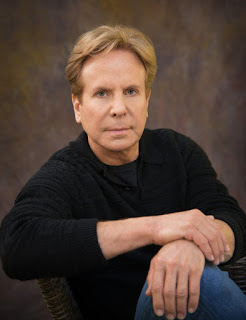 William Ian Grubman has a fascinating background. He doesn't quite touch on it enough in his
answers, but I think you'll find the author of The Storm Over Paris is an interesting person. Here's our interview.

Q - William, you have so many aspects to your life, it's hard to know where to start. Would you introduce yourself to readers?

There are many aspects to my life - - - frankly, I'm a work in progress. I spent the greater part of my life in corporate America. From board rooms to factories to construction sites, I've worn many hats. Additionally, I've done a great deal of volunteer work and fundraising for those in need. When I decided to retire, I began a new journey, one that would include performing and writing. I'm pretty much a Renaissance man.

Q – Tell us about Mori Rothstein.

Mori is focused and smart. He knows his craft. Unfortunately, he’s missed the signs of impending destruction and finds himself and his family, whom he loves dearly, in the center of a Nazi occupied city, and at the mercy of Hitler’s highest ranking officer. He quickly learns how to balance on the fine line he walks.

Q – Would you tell us about The Storm over Paris, without Spoilers? 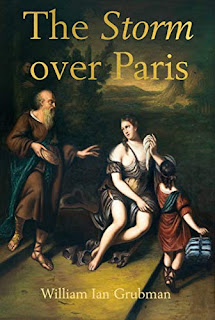 In 1942 Paris, Mori Rothstein—an art dealer and expert in master paintings from the Renaissance to Realism—has been sought after by every major museum in the world. Also hunting him down is Reichsmarschall Hermann Goering.

Goering intends to exploit this Jew’s knowledge in service to the Fuhrer. Reluctantly, Mori cooperates to keep his family safe and begins the task of appraising stolen French art. As his friends and fellow Jews disappear, he forges a questionable relationship with one of the most notorious Nazis in Europe—his fidelity and morals tested daily.

Amidst the plundered art that shows up in Mori’s workspace is a painting Mori himself procured for a client. As more and more of his clients’ paintings appear, Mori’s sense of duty, and his ire, change the course of his work for Goering. With the help of his son Emile, Mori sets in motion a plan, walking himself and his family into a web of intrigue, kidnapping, and murder.

Q – How did your knowledge of art history influence this book?

I can’t really say my knowledge of art history influenced this book, but certainly it made the task of research much easier.

Q – Everyone has a different story about their publishing journey. Would you tell us about yours?

The road to publishing was much longer than I imagined. Because this is my first book, I naively thought I would just send my manuscript to an assortment of agents and presto, they would be begging for my story. I learned very quickly the meaning of rejection. I even found in a few instances, I received rejections within five minutes of submitting my work. Some of those agents must be really fast readers.

Q – The next question comes from my own interest, and that of some readers, in theater. Would you tell us about Act Three?

Several years ago, I joined with two friends to begin a new journey. All three of us had dreamed of a life in musical theater, but real-life responsibilities moved us along different paths. At a time when most people would be planning for retirement, we made a bold decision to resurrect our faded dreams. Our trio, ACT THREE, performs standards from Broadway, Jazz, and The Great American Song Book. We have performed at UC Irvine, The Samueli Theater at the Orange County Performing Arts Center, The Metropolitan Room in New York, Vitello’s Supper Club, The City of Beverly Hills Concerts In The Park series, and New York’s Carnegie Hall.

ACT THREE is also the subject of the award-winning documentary film, ONCE UPON A DREAM, directed by Carl Borack and narrated by Richard Dreyfuss, which chronicles the group’s journey to Carnegie Hall. Our debut CD was recently released.

Q – What has been the highlight of your writing career?

Well, this is it. Finally my novel is being published. Now on to the next book. The Storm over Paris is the first installment of three books based on the same family.

Q – what Authors influenced your work?

I can’t say for sure that I was influenced in writing The Storm over Paris, however, Hector Feliciano’s “The Lost Museum,” gave me a great deal of insight regarding the art world of Paris and the Nazi looting of art during WWII.

Q – What author or book do you think is underappreciated?

My taste for reading material tends to lean toward thrillers and mysteries. I also like historical fiction. As far as works or authors being underappreciated, I enjoy all the books I read and I appreciate the time and effort the authors put into creating something that entertains me.

Q – I’m a librarian, so I always end with this question. Would you share a story about a library or librarian?

When I was a child, around five or six, I recall my mother taking me to the library. I loved stories and a trip to the library was like being taken to a candy store. The choices were endless and I was only allowed to check out five books at a time. I would search through every book until I found the perfect one with the best pictures.

Fascinating interview, Lesa. Thanks for sharing insight into this debut author.

You're welcome, Nancy. Thanks!

Such a fun interview! I've heard the same from others about the five minute rejection -- I'm in the process of submitting to agents. A scary place to be ;/