I know this will sound odd for me, but I recently bought Terrence McCauley's new western, Where 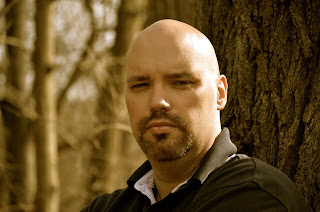 the Bullets Fly. I read an article he wrote for Criminal Element, and the book appealed to me. I just haven't read it yet. But, it was one more reason to interview him.

Thank you, Terrence, for taking time to answer questions.

Terrence, would you introduce yourself to readers?

Tell us about Charlie Doherty.

Charlie Doherty is a character who appears throughout my 1930s series PROHIBITION, SLOW BURN and THE FAIRFAX INCIDENT. He’s a corrupt Tammany Hall cop; part of the political organization that ran New York City for decades. He’s the kind of character that wouldn’t steal your wallet, but would try real hard to talk you into giving it to him. He also discovers that he’s more than that as the series of novels go on. He doesn’t change, per se, but he definitely learns more about himself as the reader learns more about him, too.

Would you tell us about The Fairfax Incident, without spoilers? 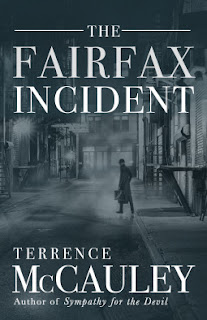 The Fairfax Incident is a complicated novel set in 1933 New York City. It’s a rich tale of noir, espionage and good old fashioned mystery. That’s about as much as I can say without giving up too much of the plot, except to say that the book has received some solid reviews that might make it worth your time.

I read a recent piece you wrote for Criminal Element, “The Old West: A New Frontier in Crime Fiction”. I won’t ask you to summarize the piece, but talk about your fascination with “the Old West”.

I think the Old West is one of the least understood eras of our history. Some only want to concentrate on the conquest of the Native American people. That’s certainly part of it, but far from all of it. Some want to focus on the gunfights on Main Street at high noon. Those didn’t happen often, either. You’d probably be more apt to be beaten to death or knifed in a bar fight than duel with your enemy. My fascination with the Old West is its vastness in that it’s almost impossible to encompass all of it in a single setting. It often reflects the sensibilities of the era that’s examining it. For example, in the 1940s and 50s, they had patriotic themes. In the 60s and 70s, we saw an increase in counter-cultural and revisionist westerns where Custer was seen as a lunatic and the cavalry were butchers. In the 1980s and 1990s, we saw more action-oriented stories, whereas the 2000s have given us more reflective westerns. I’m fascinated by how one time period can be so well documented, yet so misunderstood. 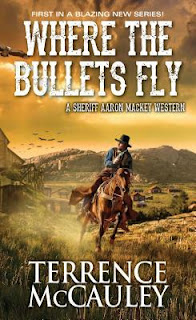 Would you tell us about Where the Bullets Fly? How would it fit in the crime fiction genre?

Where the Bullets Fly is definitely a traditional western with plenty of crime and action elements to it. The town of Dover Station, Montana might be fictional, but it’s accurate enough to be lots of towns of the time. It’s a town that enjoys a healthy cattle industry, mining and logging all with access to a train line to bring their goods to market. Sheriff Aaron Mackey and his deputy Billy Sunday are put to the test when marauders lay siege to the town and make off with captives. It’s a solid western tale that’s familiar enough to be relatable for people who like westerns, but different enough to attract people who aren’t familiar with the genre.

There are so many ways to research now. You’re writing historical fiction, in several genres. What’s your favorite research tool?

The internet is my favorite tool. Google is indispensable, particularly Google Maps to help me get the feel of a place I’ve never visited like London or Germany.

You have several different publishers. Would you tell us about your publishing journey? Everyone’s is different.

My journey is as long and heartbreaking as many other writers. I lost out on a big publishing contract in 2008, couldn’t get a publisher to take on my work and never gave up. I wasn’t just persistent. I took every bit of criticism I received and used it to make my work better. Ultimately, my work found a home with a small publisher – Airship 27 – and, eventually, I caught the notice of larger publishers who have been very good to me. I’ve been very fortunate.

What authors influenced you?

What author or book do you think is underappreciated?

Richard Matheson is a great writer who a lot of people might not realize they know. If one were to Google him, I think they’d realize they’ve either read or seen at least one adaption of his work in one form or another. Not all of his books were five stars, but the diversity of his voice and talent are admirable and worthy of study.

I’m a librarian, so I always end these interviews with the same question. Do you have a story about a library or librarian that you can share?

I certainly do. I was never a big reader as a kid. I got bored quickly and preferred to draw or write or watch movies. It wasn’t until college that I was able to fully enjoy a library, not only because of the books I needed for research, but as a quiet place to study. I spent some of the best times in college in the library, where the peace and quiet allowed me to concentrate on my studies and become the person I am today.