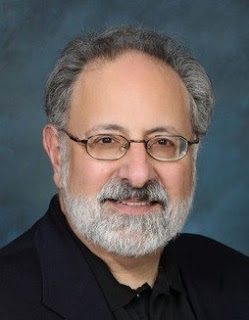 Dennis Palumbo, author of Head Wounds and other mysteries featuring Dr. Daniel Rinaldi, recently wrote a piece for Mystery Scene Magazine. He gave permission to reprint that article. You might find it fascinating reading. It's about a disorder and a villain.


Nietzsche once wrote, “There is always some madness in love. But there is also always some reason in madness.”
Perhaps. Then again, Nietzsche never met Sebastian Maddox, the villain in my latest suspense thriller, Head Wounds. It’s the fifth in my series about Daniel Rinaldi, a psychologist and trauma expert who consults with the Pittsburgh police.
What makes the brilliant, tech-savvy Maddox so relentlessly dangerous is that he’s in the grip of a rare delusion called erotomania, also known as De Clerambault’s Syndrome.
Simply put, erotomania is a disorder in which a person—in this case, Maddox—falsely believes that another person is in love with him, deeply, unconditionally, and usually secretly. The latter because this imaginary relationship must be hidden due to some social, personal, or professional circumstances. Perhaps the object of this romantic obsession is married, or a superior at work. Often it’s a famous athlete or media celebrity.
Not that these seeming roadblocks diminish the delusion. They can even provide a titillating excitement. Often, a person with erotomania believes his or her secret admirer is sending covert signals of their mutual love: wearing certain colors whenever a situation puts them together in public, or doing certain gestures whose meaning is only known to the two of them. Some even believe they’re receiving telepathic messages from their imagined beloved.
What makes the delusion even more insidious is that the object of this romantic obsession, once he or she learns of it, is helpless to do anything about it. They can strenuously and repeatedly rebuff the delusional lover, denying that there’s anything going on between them, but nothing dissuades the other’s ardent devotion.
I know of one case wherein the recipient of these unwanted declarations of love was finally forced to call the police and obtain a restraining order. Even then, her obsessed lover said he understood that this action was a test of his love. A challenge from her to prove the constancy and sincerity of his feelings.
As psychoanalyst George Atwood once said of any delusion, “it’s a belief whose validity is not open to discussion.”
This is especially true of erotomania. People exhibiting its implacable symptoms can rarely be shaken from their beliefs. 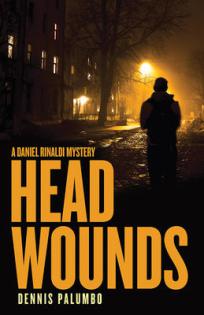 Like Parsifal in his quest for the Holy Grail, nothing dissuades them from their mission.
In Head Wounds, Sebastian Maddox’s crusade—when thwarted in his desires— turns quite deadly, and requires all of Rinaldi’s resourcefulness to save someone he cares about. In real life, the treatment options for the condition are limited to a combination of therapy and medication, usually antipsychotics like pimozide. If the symptoms appear to stem from an underlying cause, such as bipolar disorder, the therapeutic approach would also involve medication, typically lithium.
What makes erotomania so intriguing as a psychological condition, and so compelling in an antagonist in a thriller, is the delusional person’s ironclad conviction—the unshakeable certainty of his or her belief.
Nonetheless, as philosopher Charles Renouvier reminds us, “Plainly speaking, there is no such thing as certainty. There are only people who are certain.”
Head Wounds, Dennis Palumbo, Poisoned Pen Press, February 2018, $26.95

Lesa, thanks for sharing this article with us! I've known of Dennis' series, but have not had a chance to try it yet. His knowledge about disorders makes this quite interesting. Will definitely put the first book on my list!

Wow! I wonder how many stalkers suffer from this condition. It's spooky to read about.

Thanks for your comments, Kay and Elizabeth. I hope you do check out my Daniel Rinaldi series. If so, please let me know what you think.

And, of course, thank you, Lesa, for re-posting my essay. You're the best!