I consider the trip to St. Louis my birthday celebration. My best friend, Donna, and I worked a half day on Monday, April 9, and then headed to St. Louis. We have a simple routine to start us out. We eat a quick lunch at Subway, then plug in my GPS and my cell phone for music, and head out. When we're going to a show in the arts area near the Fox Theatre, we try to stay at Grand Center Inn, a bed-and-breakfast within walking distance of the theaters.


We planned a quick dinner before our show, but a lot of the small restaurants are closed on Mondays because the Fox is dark on Monday. We ended up at a little grill, but it was just enough for a light dinner. And, it was the perfect place to meet up with Jayne, a friend from the Byrne & Kelly shows.

Monday night, Byrne & Kelly were performing at the Grandel Theatre. It was once the First Congregational Church, built in 1884. It was renovated in 2017 to be a center for local dance and theatre companies.

What's Byrne & Kelly? Neil Byrne and Ryan Kelly are Irish musicians, singers and performers who started out, and are still with, Celtic Thunder. But, they've been touring themselves for about five years, when Celtic Thunder is not performing. They're usually joined by Nicole Hudson on violin and Peter Sheridan on keyboard, but all four musicians can play multiple instruments. I've seen Neil play four or five.

This was the fourth time I've been to see Byrne & Kelly. There's a Meet-and-Greet, usually before the show. It costs extra, but it's nice to have a few minutes for a photo or an autograph. I have a couple photos from the Meet-and-Greet, and then pictures from the early part of the show. After that, I put the phone away, and just enjoyed the singing and music.


It's so nice to attend a performance, and walk down the block to the inn.

Tuesday morning, we had room service. We didn't ask for it, but I think we were the only two staying at the inn, so when we checked in, he asked if it was okay if he served room service the next morning. I think it was probably easier than setting up the dining room. 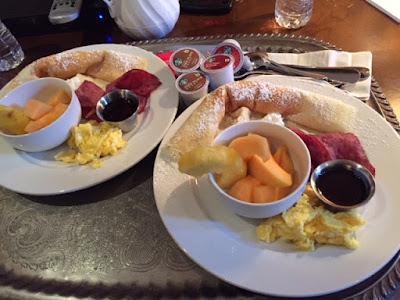 We had a leisurely morning because we were planning to go to Left Bank Books, and they didn't open until 10 a.m. We walked down to the corner so I could get several pictures, including the one of the "Nijinski Hare" by Barry Flanagan. 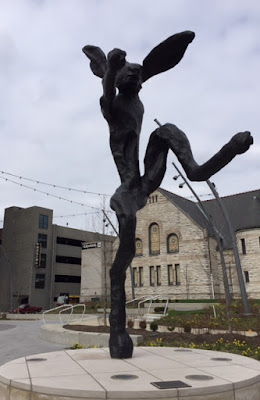 We had never been to Left Bank Books, but it was on our list of bookstores we wanted to get to someday. We spent at least an hour browsing, and, yes, buying, at the bookstore. 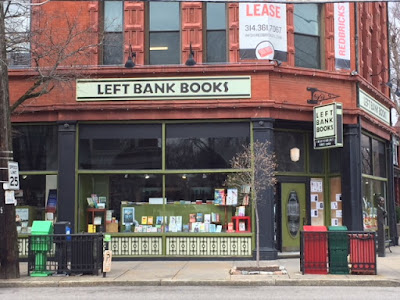 We took a short walk from the bookstore, and ended up at Hortense Street, a gated street. StLTourguide has an interesting article about this street. https://stltourguide.wordpress.com/2010/10/01/c-w-e-north/. I'm going to quote just the opening of her blog post about this street before I show you some photos of the houses there.


"No street in St. Louis better exemplifies the adage that “money can’t buy happiness” than Hortense Place, which runs between Euclid Ave. and Kingshighway Blvd. in the Central West End. Developed by cotton magnate and banker, Jacob Goldman, who was prevented from residing in other of the neighborhood’s exclusive places because he was Jewish."

Here are some of the houses on Hortense Place, including the one Goldman built and StLtourguide calls the castle. 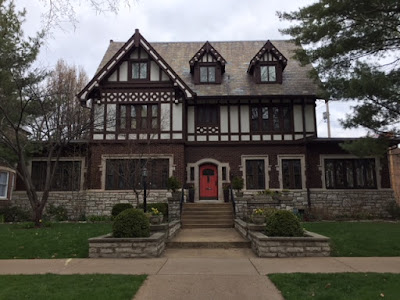 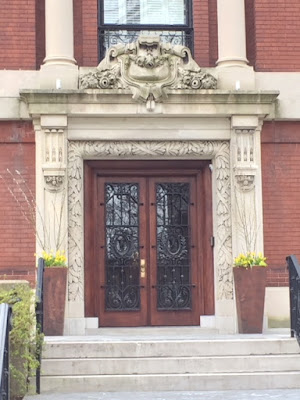 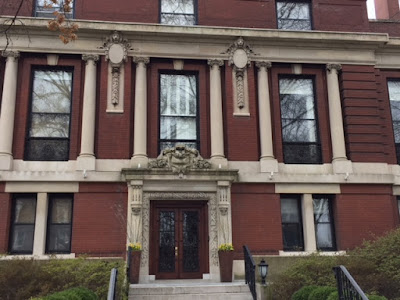 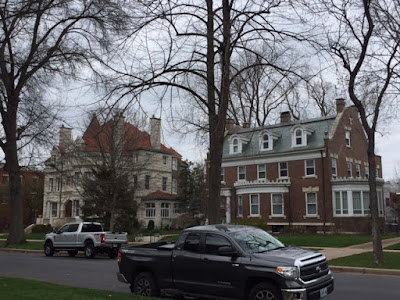 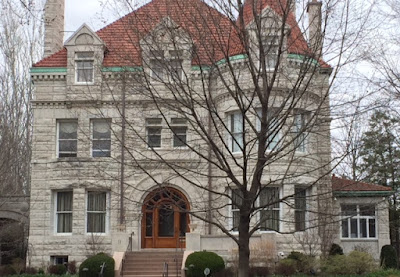 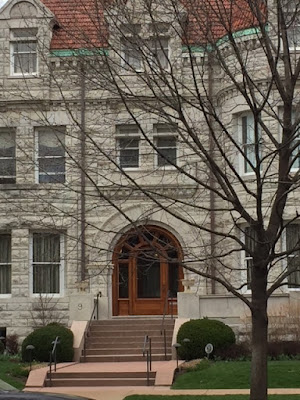 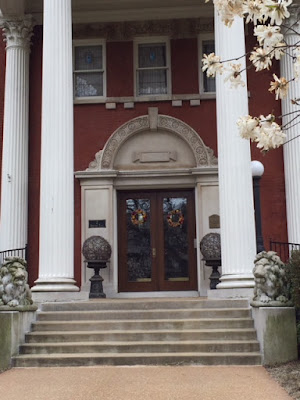 That may have finished our St. Louis trip, but our day wasn't over. We drove back to Evansville, fed my cats, and went to McAllister's for a quick dinner before going to a movie. We went to see "The Leisure Seeker" with Donald Sutherland and Helen Mirren. Moving movie. Powerful ending. But, there's no one I can recommend it to without giving away the ending. If you're interested, check out previews on IMDB.

Wonderful trip with a great traveling companion. Perfect birthday escape.
Posted by Lesa at 4:00 AM

Happy Birthday! What could be bad? Good music, a bookstore, a road trip with a friend, nice buildings to look at, plus breakfast in bed!

Glad you liked THE LEISURE SEEKER. I know it got so so reviews, but we liked it too. You can't go wrong with a road trip to Key West IMHO.

You're so right, Jeff. It was a perfect celebration.

I'm so glad you liked THE LEISURE SEEKER. And, I thought Donald Sutherland and Helen Mirren were wonderful in it.

Lesa, late birthday blessings and hugs for you 🎂🍰.
Glad you were able to get away and enjoyed all the things you did while you were out and about.
Breakfast looked good.
Thank you for sharing your trip with us.

Happy Birthday to you!! And thanks for sharing your fun trip with us. Loved all the pictures. :-)

Oh, Lesa! I loved reading this and your pictures are perfect!! Now I want to go to St.Louis

My pleasure, Charlotte! It was a wonderful short break from the normal routine. Just perfect.

As I said, it was my pleasure, Kay!

And, how many times have you heard people say, I want to go to St. Louis? I enjoy my trips, Kaye!

I would watch Helen Mirren in anything! Looks like a great trip. Happy Belated Birthday.

Happy birthday! And there's nothing better than room service when you didn't even request it!

Looks like you had a great birthday. Happy Birthday!

She and Donald Sutherland were wonderful, Gram! Thank you!

You're right, Marla. It was so nice!

I did have a great birthday. Thank you, Bonnie!

In our simple life, love plays a very specific role. Now we are able to make your love life healthy and no space for any type of trouble. These all are possible with the help of Dr. EKPEN of SOLUTION TEMPLE. He helped me cast a spell that brought my long lost lover back within 48hours who left me for another woman. You can also contact him on EKPENTEMPLE@GMAIL.COM or add him on WHATSAPP +2347050270218 and be happy forever like am now with his experience.