You've already seen my hotel in New York, and read about the first day and evening. On Wednesday, I attended the Library Journal Day of Dialog, and then the BEA (Book Expo America) Keynote address. Here's the good news for everyone reading this. According to the speakers at the event, books are doing just fine. In fact the owner of Book People bookstore in Austin said they had three record-breaking years in a row.

I went to dinner with friends on Wednesday night. I hadn't seen Maryellen Woodside and Sally Bissell for nine years. We made a terrific team working together in Ft. Myers, working on the Authors' Committee for the Lee County Reading Festival, compiling the Readers' Advisory bookmarks and handouts, performing Readers' Theater together. Now, Sally just retired, and Maryellen will later this year. We not only had time together during the conference, but a three and a half hour dinner at the Library Hotel's restaurant, Madison and Vine. Here we are, at, of course, the Library Hotel. 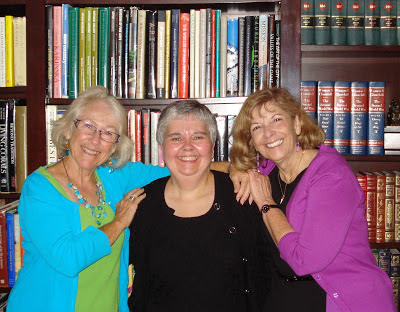 BEA started with a bang on Thursday. I went to the Authors' Breakfast. Chelsea Handler moderated the panel consisting of Doris Kearns Goodwin, Ismael Beah, and Wally Lamb. Goodwin is, of course, the author of Team of Rivals. .

I spent the morning on the floor of the exhibition hall. I also stopped at the Mystery Writers of America (MWA) booth where authors were signing on an hourly basis. Of course, I stopped in at Macmillan to catch up with Hector DeJean of St. Martin's. Here are the authors I ran into, and had the chance to meet.


Noon meant time for the BEA Librarians Author Lunch. And, I totally blew it. I was so excited to see a couple of the authors, I forgot to take pictures. Two librarians, Stephanie Chase from Seattle PL and Alene Moroni from King County Library in Washington, hosted debut author Koethi Zan (The Never List), Jayne Anne Phillips (Quiet Dell), Lee Smith (Guests on Earth), Louise Penny (How the Light Gets In), and Bill Bryson (One Summer: America, 1927). I had always wanted to hear Bill Bryson, and now I didn't get a picture. And, I forgot Louise's gummi bears! But, consensus from the librarians I talked to was that Louise blew everyone away.

The highlight of the day had to be the chance to meet Doris Kearns Goodwin, who was gracious and kind when I told her how much my late husband loved her books.

I ended the afternoon at BEA by attending the AAP Annual Librarians Book Buzz - Part I, in which book publishers talked about the books they're excited about for the next season.

On Thursday night, I went to Junior's for dinner. Now, I could have the cheesecake it's famous for! 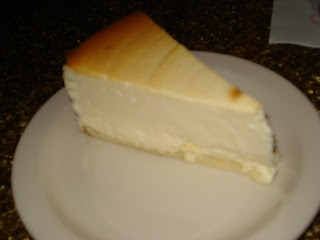 And, then I went to "Once", the Tony award-winning musical based on the movie. 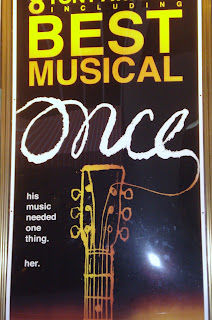 I didn't realize when I went that the lead, the part of "Guy" is now played by Arthur Darvill. Darvill is an English actor and musician. And, for those fans of Doctor Who, Arthur Darvill was Rory. 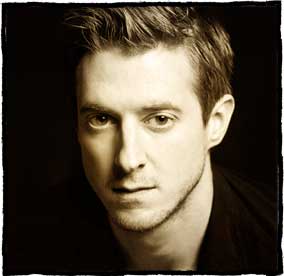 Friday morning meant another Authors' Breakfast, this one the Children's Breakfast. Octavia Spencer, who won an Oscar for The Help has a debut middle school book out. She moderated the panel consisting of Mary Pope Osborne, author of The Magic Tree House books, Rick Riordan, author of the Percy Jackson and the Olympians series, and Veronica Roth, author of Divergent. After the breakfast, I spent most of the day in the autographing area and the floor. Here are Friday's authors.

And, my last evening in New York (sniff0 was spent at a show again, "Pippin", a revival after forty years. This production was a combination of Cirque du Soleil type of acrobatics and a musical. Just wonderful. The stars were Pippin, played by Matthew James Thomas, who was also Peter Parker in "Spider Man", Patina Miller, who was unbelievable as Leading Player. She was sexy, acrobatic, charismatic. Terrence Mann was Charles, and his wife, Charlotte d'Amboise was Fastrada. Andrea Martin as Pippin's grandmother almost stole the show. 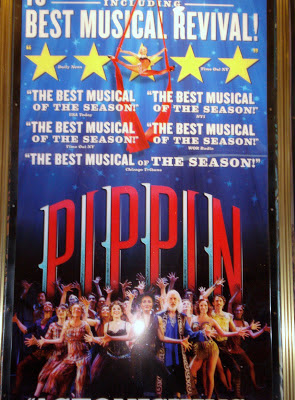 I had time for two programs before I left for the airport on Saturday. Chris Matthews hosted the final Adult Book and Author Breakfast. Helen Fielding (author of the Bridget Jones books), John Lewis and Diana Gabaldon were the authors. I'll admit I snuck out of this one a little early to get to the program, "Why Fiction is Dangerous." Neil Gaiman was the speaker, and he says this is his last book tour. He did the best program I saw during the conference, spending an hour talking about his books and life, and taking questions from the audience. Then, five hundred of us were given autographed copies of two of his books, Neil Gaiman's "Make Good Art" Speech, and the September release, a children's book, Fortunately, the Milk.

And, making one final spin through the exhibits, I ran into Chris Matthews signing books. 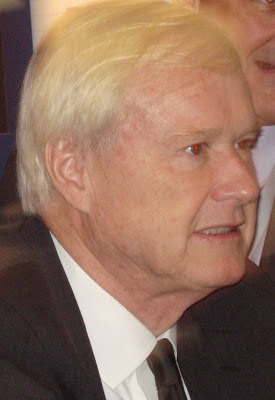 It was an unbelievable trip to New York City, filled with books and authors, friends, and theater, along with good weather, about 90 every day. Such a good trip, it was hard to leave. But, I probably couldn't continue to go every day from 6 a.m. to 11 p.m. at that pace. 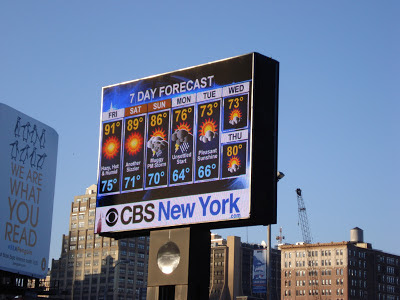 So, to end a trip to BEA, what more do you want than book promotions? 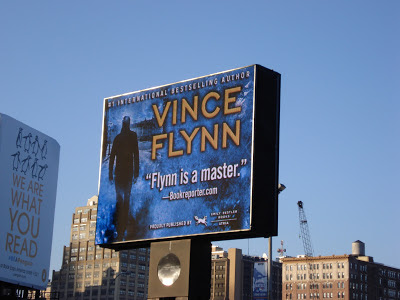 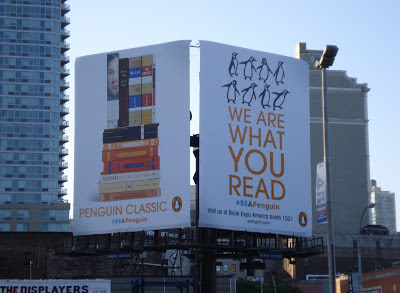 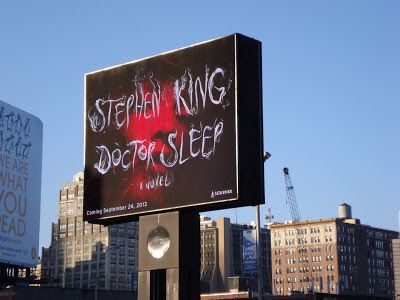 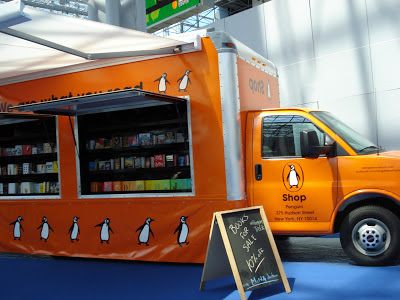 I think you packed a lot into your trip! Glad you got to go to the theater, too. Great pictures, Lesa!

Elizabeth, I always do my best to pack a lot into NYC trips. You can only do so much there, and there's so much more to do. But, I'd never go without going to the theater!

I saw Pippin, too! There was so much going on, it was hard to see it all. I'd love to see it again!

You're right, Kathy. And, I couldn't see what was happening on the floor since I had front row seats. Great, though! Right behind the conductor so I could every song that was coming up next on his score.

Thanks for sharing. Hint for Broadway shows...sit in rows L-O for a great view.

Thanks, Dru! Yes, Pippin was great. And, I appreciate the hint for seating!

I had a wonderful time, thanks to you sharing your trip. Thanks!

Thank you for a delightful quick re-visit to BEA2013. This was my first time, and being a book lover way before I was a book publicist, it was book heaven!
Hopefully I'll see you next year, and much continued success with your wonderful blog.