December isn't a big month for book releases, but it does have titles by some big names - Tom Clancy, Michael Palmer, James Patterson. And, one of the forthcoming books is a sequel to one of my bestselling favorites. Here are my picks for December hot titles.

Tom Clancy and Mark Greaney team up for Threat Vector. Jack Ryan is back in the Oval Office, facing a threat when the People's Republic of China plan an invasion of Taiwan.

In Joy Fielding's Shadow Creek, a group of unlikely traveling companions on a camping trip in the Adirondacks face a nightmare with a pair of crazed killers loose in the same woods. 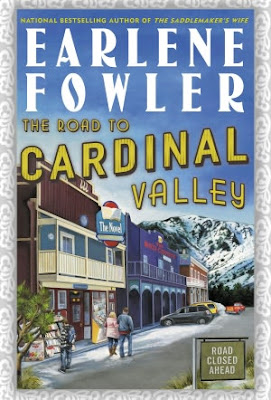 And, here's the one I'm waiting to read, Earlene Fowler's The Road to Cardinal Valley. In the follow-up to The Saddlemaker's Wife, Ruby McGavin returns to the small town of Cardinal, CA, hoping the people there can give her brother, Nash, a fresh start.

Empire and Honor is by W.E.B. Griffin and William E. Butterworth IV. In October 1945, it's up to Cletus Frode and his colleagues in the OSS to keep some German spies safe in order to preserve U.S. secrets.

Michael Palmer's latest medical thriller is Political Suicide. Dr. Lou Welcome ,from Palmer's bestselling Oath of Office, returns in a story involving another doctor who was found unconscious after treating a Congressman. That powerful Congressman was found shot to death, and his doctor remembers nothing about the incident.

Private London is by James Patterson and Mark Pearson. Eight years earlier, Hannah Shapiro was saved from a horrific death by the owner of Private, the world's most exclusive detective agency. She fled the country, but the terror followed her to London. It's now up to the head of Private London to save her again.

Douglas Preston and Lincoln Child bring us Two Graves. In the latest Pendergast novel, the FBI Special Agent learns his beloved wife, Helen, is alive, after believing she was dead for twelve years. When she is abducted before his eyes, Pendergast's chase to rescue her leads him to a serial killer in New York and into the forests of South America.

It's not a large list of forthcoming hot titles for December, but these bestselling authors offer readers a choice of materials.

Oh boy, I'd better get my holiday shopping under control so I'll have time to check out these new titles. It looks like there are some good ones to look forward to! Thanks for the heads up!

You're welcome, Jane. And, sometime this weekend, I'll be posting a list of Christmas books for those who enjoy them.

Oooo, I have to say that SHADOW CREEK has grabbed my attention, as has NANO.

Happy weekend to you and the kitties!

Thank you, Beth. Have a program at the library tomorrow. You don't know how much I'm looking forward to Sunday and a day at home!

Can't wait for December! Cardinal Valley looks wonderful! In the meantime, I am currently reading a great mystery/thriller, "The Sacred Impostor" by J. R. Lankford.