I was supposed to participate in L.L. Nielsen's blog tour today for Lasso the Stars. As everyone knows, I've been a little busy lately, traveling while I apply for jobs. Now,  I've already started packing. So, I haven't had time to read it. I hate to let anyone down, so I'm only going to post the information from the tour website. (And, I'm not doing any more blog tours until I'm moved and settled in.)

L.L. Nielsen, author of Lasso the Stars, on tour September, November, and December 2012 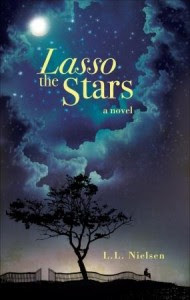 About Lasso the Stars

• Paperback: 260 pages
• Publisher: Tate Publishing (February 7, 2012)
“As life seems to be fading, the hope you need to survive may be all in your head. Lasso the Stars is a novel following weakening cancer patient Dina, who has little hope for survival. When Gil enters her life, a literal angel turned cowboy, Dina finds love and hope once more, a relationship that no one around her believes is real. A spiritual romance with a thoughtful message, Lasso the Stars is a choice read for anyone seeking romance with a divine twist, much recommended.” – Midwest Book Review, Book Watch, March 2012, Reviewer: Michael Dunford
. 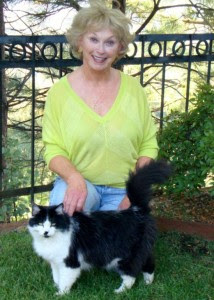 Lasso the Stars was born in the Pastures of Heaven, a small peaceful valley between Monterey and Salinas, California, made famous by John Steinbeck. But the book actually began much earlier, when two dear friends passed away from cancer. They often said they could either give in or fight. Both chose to wage a courageous battle; they became more spiritual; saw what others couldn’t see.  The thoughts they shared stayed with me.
I took up walking along the curving, dusty road that ran the length of the valley in the Pastures of Heaven. I discovered a run-down corral, a horse named Destiny and an old gate that led nowhere. Words and feelings continued to surface in my mind and an idea formed. Armed with memories of my friends and charged with a new responsibility to honor my friends’ lives and perceptions, I began the journey of writing my first novel.
Eventually, I filed the manuscript and pursued other endeavors, until I moved to the Sierra Foothills. There, daily walking the old mountain roads, memories of my friends once again joined me and Lasso the Stars came out of seclusion, took flight and comes to you, now, on angel’s wings.
Website

A very lovely tribute to friends.