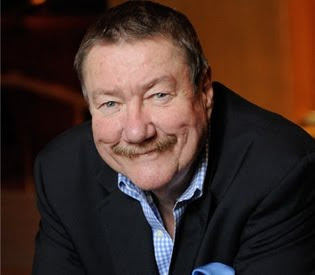 Robert B. Parker had died. He was only seventy-seven, and the newspapers indicate he died at his desk. And, that's the place I'll always picture him, writing the wonderful Spenser novels.

I can think of no finer tribute, with all of the ones that have already come out, than to repeat what I said in my review of The Professional, the most recent Spenser book. "By my count, I've read forty-five books by Robert B. Parker, probably the most I've read by any author. When I finished The Professional, his latest Spenser novel, I had read all thirty-seven Spenser books, one Jesse Stone, four Sunny Randall, both Philip Marlowe ones, and even a teen novel. And, I just discovered he has "A Young Spenser novel," called Chasing the Bear, in which Spenser reflects back to when he was fourteen. I ordered it.

"What is it about Parker's books that appeal to me? The characters and conversation. It certainly isn't suspense, since there isn't much in recent books. And, I've said that before when I've reviewed the Spenser books. But, I like Spenser, the idealistic knight fighting for good, with his own code of conduct. He's a loyal friend, and his friendships with Hawk, Quirk, Belson, and even Susan Silverman are long-standing ones, that require little chitchat. Instead, there's humor, wordplay, and unspoken affection between Spenser and his friends. That loyalty and wit draw me back for one book after another."

I'm going to miss that loyalty, wit, conversation, and friendship. Rest in Peace, Robert B. Parker, and, thank you for Spenser.

Here's the link to the Washington Post obituary, http://tinyurl.com/yej66oo.
Posted by Lesa at 1:35 PM

lovely tribute, Lesa. Such a loss - but he went the best way: WRITING.
My own tiny tribute (in Boston Globe):
http://www.boston.com/ae/books/blog/2010/01/robert_b_parker.html

A touching tribute, Lesa. I feel as though I've suffered the loss of a treasured friend. And I am not alone in that. RIP indeed.

Thank you, Clea. He did go the best way. My grandmother died just after closing a book, and the friend who found her said it was the most peaceful death she ever saw. As a reader, that's how I want to go. I'll check out your tribute. Thanks!

Thank you, Richard. You're not alone in that. Robert Parker was one author I never met, but it does feel as if I lost a friend.

I hadn't heard this yet Lesa - what a loss. I loved the Spenser novels the best. Parker will be sorely missed....

I'm with you, Luanne. I loved the Spenser novels. For some reason, I take it personally when my favorite authors die, and I feel so bad. I still remember how crushed I was when Robert Heinlein died. And, now Robert Parker. I'm going to miss him, and Spenser.

Oh WOW....I know many people who loved his mysteries. I have read a few and liked that they took place in Boston as I could relate to places he described. RIP

What a shame! Such a gifted writer...and his characters were amazing.

Diane, I'm one who loved his Spenser mysteries. Never cared for his other series, but I'm going to miss his Spenser books.

It is such a shame, Elizabeth. So many writers said that's the way to go, though - working at his desk. I'm going to miss him, and his work.

He will be missed. Lesa, such a warm and inspiring tribute. I always thought of Spenser when I thought of him. I had forgotten about Jesse Stone.

Thank you, Mason. I thought my last review summed up my feelings about the Spenser books, so I knew that's what I wanted to remember. Thank you.

zolpidem ambien what is zolpidem tartrate for - zopiclone ambien zolpidem