Whenever I preview the forthcoming books for a month, I know I'm going to miss someone's favorite author. Feel free to comment, and let me know what you're looking forward to in February. But, these February book releases are ones that will make request lists at libraries, and order lists at bookstores.

Evidently, February is so short that some of the February releases are actually coming out in March. So, if I'm a week or two off, blame the catalogs! As I went through my February releases, I discovered books by Alafair Burke, Harlan Coben, Jennifer Crusie and Bob Mayer, and Linda Fairstein are actually late in March. So, I'll catch them next month, and highlight a few other titles. 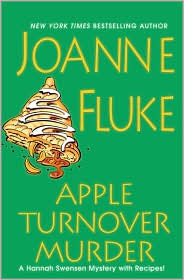 Turnover Murder, is scheduled for February. Hannah's business partner talks her into setting up an apple turnover stand at a fundraiser, and serving as a magician's assistant at the talent show. It's fun for Swensen, until the show's host turns up dead, and Hannah turns into an investigator.

Money to Burn is James Grippando's forthcoming novel of suspense. Michael's life was successful, a career as a Wall Street banker, and marriage to the love of his life. But, she disappeared on their honeymoon. Is that disappearance connected with the strange email he receives seven years later, when someone wipes out his investments?

Following up the success of Heart-Shaped Box, Joe Hill's new book is Horns. It's the story of a man whose life changes dramatically after a couple nights of drinking. 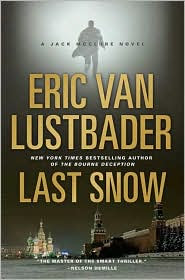 Last Snow is Eric Van Lustbader's February title. Special Advisor Jack McClure agrees to look into the death of an American senator on a political trip to the Ukraine. It's a trail that leads to diplomats, criminals, and corrupt politicians; a story of political corruption and treachery.

The latest in Fern Michaels' Sisterhood series is Game Over. The women of the Sisterhood are hopeful they can now secure their Presidential pardon, and leave their lives of exile and adventure behind them.

Connie Willis writes unusual novels involving time travel, and Blackout sounds fascinating. Three researchers from the future are stranded in the past during World War II. They need to find each other, and figure out how to return to their own time, before it's too late.

And, here's the second thing you didn't know about me. I started a hot titles list years ago to give my library staff a heads up about forthcoming books our patrons would be asking about. Before you know it, my patrons were asking what that list was, and it soon spread throughout the library system. So, I've been doing hot titles lists long before I ever blogged about the forthcoming books.

I hope this hot titles list gives you a few ideas for February reading.
Posted by Lesa at 4:00 AM

I bet your patrons were excited to get the heads-up on what books to put on their request list at the library! Thanks for helping me out with *my* list, too!

You're welcome, Elizabeth. They were always pleased when we could tell them their favorite authors had books coming out. It was a win/win situation. My staff knew ahead of time, and the patrons could find out about favorite authors.

Lesa, you are a marvel. And absolutely the best librarian I know. Seriously. Thanks for the heads-up. I always impressed people with the fact that I knew certain authors were coming out with new books and to look for them. Got lots of my tips from you. Have a good weekend!

Kay, that's the nicest compliment you could give me - the best librarian you know. I have to say my librarian talent lies with books, not with the computer aspects of the job, unfortunately. I'm glad I'm able to help you out with your tips!

A couple of others that are coming out that my library customers will be hounding me about are Danille Steel's BIG GIRL (2/23), Jodi Picoult's new book HOUSE RULES (3/02) and BLOOD VINES by Erica Spindler. Two of these I'm REALLY excited about!

Totally geeked about the new Connie Willis! I'm not sure about any other Feb. titles, but Hank Phillippi Ryan's next one comes out in Feb in pbk. For me, this looks like a pretty darn good year for books :)!!!

I just saw a new Fern Michael's sisterhood book in the store Wednesday and now she's coming out with another one? Thanks for the heads up on that. I've got to get started reading.

Thanks for the second thing. Looking forward to the third tomorrow. :)

Jodi Picoult's was one I was going to include on this list, Shannon, until I saw it was a March release. Lots of those March releases showing up in my flyer for February titles. I bet I can guess which two you're excited about!

I'm excited about Connie Willis' new one, too, Patti! Looks great. And, I covered Hank's in Feb. Treasures in My Closet, since I already have a copy of that one. You're right. Looks like a good year!

You're welcome for the second thing, Mason! Yes, there will be a third tomorrow. I'm sneaking it in there. Those Sisterhood books are coming fast and furious, aren't they?

Cool, another Joanne Fluke book. I like the cover artwork on her books. Plus it's always nice to see what Hannah Swensen is up to.

Thanks for the great blog Lesa!

I'm glad you like the blog, LadyPI. I agree. Joanne Fluke has some of the best artwork out there. I'm just fed up with her lack of decision. The heck with the hunky cop who treats her lousy. Go with the guy who built her a house, and loves her cat!

Always stoked about new books. Thanks for the info. Can't wait for the Connie Willis.

That's the one I'm really looking forward to as well, Janet. You're right. I probably get one or two books in the mail every day, and I still get excited about them.

Psyched about these. Thanks for doing this list, Lesa!

I am also looking forward to "The Girl Who Fell from the Sky" by Heidi Durrow - great advance word on this one.

And for March: "Still Midnight" by Denise Mina (and my own "Grey Matters," of course)!

Thanks for the added titles, Clea. I'm sure we'll all be adding more to our already toppling TBR piles. And, of course, Grey Matters for March!

Hello Lesa
I just dropped in to ask if you'd like to contribute to the top 10 crime fiction reads I'm aggreggating.

Thanks for asking me. I'd love to. I'll be there today or tonight. (First day back to work today.)