I didn't get a chance to cover Sunday Tidbits last week, so I'm a little late with this news release. But, Mystery Scene Magazine recently announced that Lawrence Block will be writing a column for them.

Here was the news release. New York, NY — Mystery Scene Magazine is pleased to announce a new column by Lawrence Block, a Mystery Writers of America Grand Master and fourtime winner of the Edgar Allan Poe and Shamus Awards. 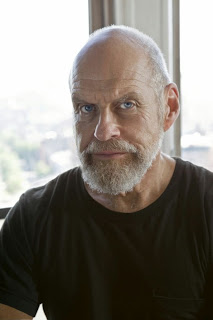 One of the most celebrated mystery writers of all time, Block has written over 60 novels, including the bestselling Matt Scudder and Bernie Rhodenbarr series, as well as numerous short stories and screenplays such as Wong Kar-Wai’s My Blueberry Nights. He will bring a treasure trove of memories, anecdotes, and insights from a literary lifetime to his Mystery Scene column “The Murders in Memory Lane.”

In his typical direct style, Block’s debut column in the 2009 Holiday Issue relates how the writer Stanley Ellin once put one over on Simon & Schuster editor Lee Wright. Funny, clever, and riotously inappropriate, the cast of characters also includes fellow jokester and writer Donald Westlake: “[Ellin, Westlake, and Wright] are all gone now, and it struck me that, if I wasn’t the only person around who knew the story, I was probably the only one at all likely to tell it. And was it worth the telling? I decided it was,” says Block.

Future columns promise more intimate stories, including drinks and sobriety with Edgar Award-winning writer Ross Thomas. “Larry is a gifted raconteur,” said Mystery Scene Editor-in-Chief Kate Stine, “and he’s also a perceptive critic of his fellow writers’ work. ‘The Murders in Memory Lane’ offers a true insider’s look at the mystery genre over the last 50 years. We’re absolutely delighted to have one of the all-time greats of mystery fiction contributing to Mystery Scene.” “The Murders in Memory Lane” continues the lively, must-read coverage of the mystery world that the award-winning Mystery Scene has provided since 1985. With each anecdote, Block shares insights and life lessons that will inspire and amuse readers, while offering a rare glimpse into the life and times of one of America’s most prominent crime writers.

ABOUT LAWRENCE BLOCK
The celebrated Lawrence Block is a Mystery Writers of America Grand Master as well as a fourtime winner of the coveted Edgar Allan Poe Award. He has received four Shamus Awards and “The Eye” Lifetime Achievement Award from the Private Eye Writers of America. He is also the recipient of prizes in France, Germany, England, and Japan and in 2004 the British Crime Writers’ Association awarded him the Cartier Diamond Dagger for Lifetime Achievement. The prolific Lawrence Block has written more than 60 books and numerous short stories and screenplays. Block is a devoted New Yorker and an enthusiastic global traveler who has visited more than 100 countries. For more information visit www.lawrenceblock.com.

"Dorothy Gilman, celebrated author ofthe Mrs. Pollifax series of spy novels, has been chosen as this year’sGrand Master by Mystery Writers of America (MWA). MWA's Grand Master Award represents the pinnacle of achievement in mystery writing and
was established to acknowledge important contributions to this genre, as well as significant output of consistently high-quality material. Gilman, a New Jersey native, has written and contributed to over 30 books that feature uncommon and unique characters. Her writing has continually kept readers coming back for 60 years."

"Two extraordinary members of the mystery community with a collective respect for the genre will also be honored by MWA with the Raven Award at this year’s Edgar Banquet. Zev Buffman, distinguished Broadway Producer, and the Mystery Lovers Bookshop, one of the largest specialty mystery bookstores in the U.S., will each be presented with Raven Awards. Established in 1953, the award is bestowed by MWA’s
Board of Directors for outstanding achievement in the mystery field outside the realm of creative writing."

"The 2010 Ellery Queen award is being awarded to Barbara Peters and Robert Rosenwald of Poisoned Pen Press (PPP). The Ellery Queen award is given to editors or publishers who have distinguished themselves by their generous and wide-ranging support of the genre. Barbara Peters and Robert Rosenwald founded Poisoned Pen Press in 1996. Its original mission was to publish reference and out of print books but it quickly shifted gears to original work and today averages 36 new novels a year
with a backlist fully in print. The press' authors have earned numerous award nominations and wins and a basket of starred reviews."


This news has been all over the book community, but, in case you missed it -

"As part of the sale of its business to business publications, Nielsen
Business Media has announced that it is closing its book review publication
*Kirkus Reviews* as well as *Editor & Publisher*. No details on the closing
have been released yet. Nielsen is selling its major publications, including
*The Hollywood Reporter* and *Adweek* to e5 Global Media Holdings."
Posted by Lesa at 4:00 AM

I'll be interested in that column. Great tidbits, Lesa.

Thanks, Elizabeth. And, back to book reviews tomorrow!

I thoroughly enjoyed Lawrence Block's column and look forward to reading future ones.

Thanks, Beth. It's nice for other readers to find out about the column, and learn you liked it.