After discussing the Treasures in My Closet, it's time to talk about the other October book releases that could be popular. 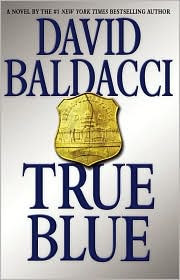 Let's start with David Baldacci's True Blue. Mace Perry was once a cop on the D.C. police force working gang narcotics until she was kidnapped, framed for a crime she didn't commit, and lost everything. After serving two years in prison, she teams up with a lawyer who recently discovered a body at his law firm. It's sure to be another Baldacci bestseller.

9 Dragons is Michael Connelly's latest book. Detective Harry Bosch joins forces with the LAPD's Asian Crime Unit to investigate a robbery gone bad, until his daughter is reported missing in Hong Kong, and he heads across the Pacific, wondering how the two cases could be related.

Even if Patricia Cornwell isn't as popular as she used to be, you might want to know about The Scarpetta Factor. The seventeenth book in the series takes Dr. Kay Scarpetta to New York City, where she's caught up in strange events, including a threat to her life.

John Grisham fans will want to know that Ford County 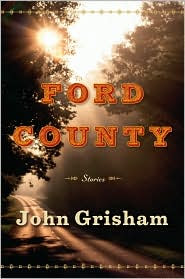 is a collection of stories, set in Ford County, Mississippi. There's not much more known about this book.


Fans of Sookie Stackhouse might be disappointed to learn that Charlaine Harris' Grave Secret is book four in the Harper Connelly series. When Harper and her stepbrother travel back to Texas, family secrets are revealed, and Harper learns what happened to her missing sister.

In Under the Dome, Stephen King takes readers to Chester's Mills, Maine, where the town has suddenly been sealed off from the rest of the world by an invisible force field.

Lacuna is the latest novel by Barbara Kingsolver, the story of a man caught between two worlds, that of the U.S., where he was born, and Mexico, where he was raised by a social climbing mother. One day, though, while mixing plaster for Diego Rivera, he decides to go with art and revolution.

When Grady Adams glimpses two beautiful animals unlike anything he's ever seen it's the start of a journey of mystery and menace in Dean Koontz' Breathless.

Alex Cross launches a hunt for a killer, following the brutal murder of his niece in James Patterson's I, Alex Cross.

Since Sir Terry Pratchett will be appearing for the Velma Teague Library on Tuesday, Sept. 8, I wanted to mention his new release, Unseen Academicals. Wizards at Ankh-Morpork's Unseen University aren't known for their athletic ability, so the suggestion that they put together a football team throws them for a loop. Romance and a football game somehow succeed in Pratchett's latest.

Even Lt. Eve Dallas is horrified by the brutal murder of a sixteen-year-old girl, whose father is a newly appointed Captain of the NYPSD. It's J.D. Robb's Kindred in Death.

John Saul's House of Reckoning has an unusual premise. When Sarah Crane enters her art teacher's house, once the home of the warden of a prison for the insane, she feels compelled to paint recreations of their crimes.

These books are all hot titles, but after the last two, it might be nice to have some escape novels. There are quite a few Christmas books scheduled for October release. You might want to try a few.

Christmas is approaching for the members of the Elm Creek Quilting group in Jennifer Chiaverini's The Quilter's Holiday. 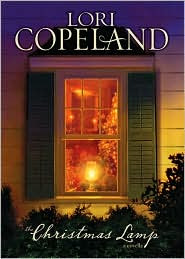 Lori Copeland's The Christmas Lamp forces two people to work together to help Nativity, Missouri. They just might find the true wealth of the season.


Heather Graham is known for her stories of magic and romance at Christmas, and Home in Time for Christmas is no exception. On her way home for Christmas, a man dressed in Revolutionary War-era appears in front of Melody Tarleson's car. It's going to take some explaining to concoct a story for her family.

Petey Pat Kane had loved Mariana Pelligrino since second grade. A bad choice forced him to leave her, and Chicago, behind. But, after an injury on his third Iraq deployment, he begins a spiritual journey home. It's Andrew Greeley's Home for Christmas. 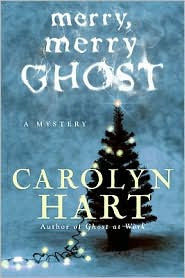 the book that brings back Bailey Ruth Raeburn. Bailey Ruth is a ghost who loves Christmas, a time for family and giving. When a wealthy woman decides to change her will when she discovers a grandson, a Scrooge of an heir wants to make sure that doesn't happen. It's up to Bailey Ruth to protect the child, thwart a killer, and save Christmas.

Even Wally Lamb has a Christmas story this year, Wishin' and Hopin'. It's a story that focuses on a feisty fifth grader named Felix Funicello, a distant cousin of Annette. Readers will go back to 1964, and then back to the present in the tale.

Gregory Maguire offers a twist on the classic Hans Christian Andersen tale, The Little Match Girl. Her dying visions are intertwined with the story of a young boy in Matchless.

The Montana wilderness of 1910 is the setting of Linda Lael Miller's romantic story, Creed Country Christmas. Lincoln Creed, a widowed rancher, has problems only a woman can fix.

Katherine Hall Page's The Body in the Sleigh connects a death with a timeless Christmas story. It's my understanding Page also has a special message about libraries in this book. 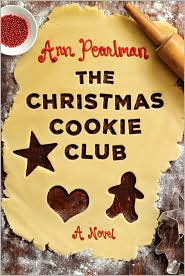 A Christmas cookie exchange is the device used by debut novelist Ann Pearlman to tell the story of twelve women who gather just before Christmas in 1988. Each shares a bit of their life story in The Christmas Cookie Club.

A waitress, the mother of two young children, saves the life of a woman, and sets a chain of events in motion that will eventually lead to love in Donna VanLiere's The Christmas Secret.

So, are you looking for bestellers, ghost stories, or Christmas stories? There's a little of everything coming out in October. Place your holds now at your public library, or pre-order them from your favorite bookstore. Happy Reading!
Posted by Lesa at 4:00 AM

This fall is HUGE for book fans! I don't know when I've seen as many interesting new releases. Thanks for sharing these, Lesa, and giving me a leg up on the competition at the library for these titles.

I think I'm going to have to check out that Grisham. I hope it's along the lines of his A PAINTED HOUSE. That was an incredible book! He has oodles of talent if people would let him out from under the legal thriller expectation! :)

I didn't know John Grisham has a new book coming out - I'll have to let my dad know.

Elizabeth, You're right. This is a huge season for book fans. Nice, isn't it? I can't place my holds any sooner than any other library patron, but it's nice to have a sneak peek.

You're right, Jen. I even liked Grisham's two books about football, although I know many readers weren't happy with them.

Pass it on, Bermudaonion! Thank you.

The Christmas Cookie Club sound wonderful, that'll definitely go on my list for some pre-holiday reading (but not for at least another couple of months - I like to do one holiday at a time!).

I'm also looking foward to Barbara Kingsolver's new one. Even though the subject matter doesn't sound that appealing to me, I've loved every one of her books so I expect I will like this one, too.

I'm with you, Ingrid. They seem to be pushing the Christmas books awfully early this year, and I like to review them in Nov/Dec.

These look great. I love holiday books too!

Looks like a good month, Diane, and some fun holiday books!