Winners and Other Countries' Cops Contest

Congratulations to the winners of the S.J. contest. The Shanghai Moon by S.J. Rozan will go to Tarah P. in Clarkston, MI. Sacrifice by S.J. Bolton goes to Rebecca M. from Summerville, SC. The books will go out in the mail tomorrow morning. 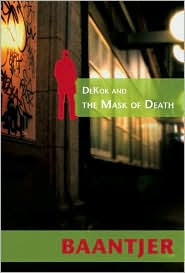 Baantjer might not be well-known in this country, but he's a bestselling author in the Netherlands, with over sixty novels featuring Inspector DeKok. Anyone who loves police procedurals will want to enter to win DeKok and the Dead Harlequin. DeKok has a complicated case in which murder victims are found looking like macabre wooden harlequins. I warn you, though. You might become hooked on DeKok.


Ken Bruen is a bestselling author in this country, so 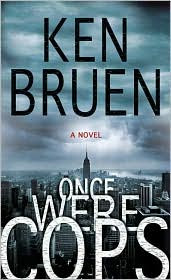 his books are more familiar to readers. Once Were Cops brings Irish police officer Michael O'Shea to New York city. However, O'Shea is also a sociopath. Team him with with an unstable NY cop, and it could become a nightmare for the city.

Would you like to win DeKok and the Dead Harlequin or Once Were Cops ? You can enter to win both, but I need two separate entries. If you'd like to win one, email me at Email me!. If that link doesn't work for you, the email address is: lholstine@yahoo.com. Your subject line should read either Win "Harlequin" or Win "Cops". Your message should include your mailing address. Entrants only in the U.S., please.

The contest will end Thursday, July 2 at 6 p.m. PT. Jim will draw the winners at that time. The winners will be notified, and the books will go out in the mail on Friday. Good luck!
Posted by Lesa at 7:15 PM

Thanks for featuring one of my favorite authors - Baantjer. I hope more people will try the series..

Thanks, Searcher. I have another one in my closet to offer at another time. Just one book, and I was hooked. I'm wiht you. I hope others will discover him.

I haven't read anything by either author and love finding new detective novels. Please count me in for both.

It's a pleasure to find new authors, isn't it, Gaby? Thanks for the emails!