Not everyone will care about the treasures in my closet. But, there are other treasures scheduled for publication in July, and maybe some of these titles will be of interest. Now is the time to order them at your favorite bookstore or library.

Donna Andrews brings back her beloved character, Meg Langslow, in Swan for the Money. Meg thought growing roses was a safe hobby for her parents, until she encountered eccentric rose growers who would do anything to win. Maybe, even commit murder?

There's never a dull moment in Georgie's life, if it means 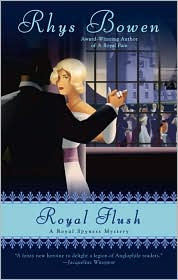 preventing the seduction of the Prince of Wales, or helping Scotland Yard with a top-secret mission. She's sure to succeed in Rhys Bowen's Royal Flush.

Suzanne Brockman pits The Agency against the Troubleshooters in Hot Pursuit, a story of blackmail, extortion, and murder.

It's sure to be a winner from James Lee Burke. Rain Gods finds Hackberry Holland serving as sheriff of a Texas border town, where he has to investigate the deaths of nine prostitutes, while pitting himself against, hired guns, drug dealers, and more.

Money changes everything for a lottery winner, who loses her father, boyfriend, and friends, but, worst of all, becomes a hostage, and must try to save an heiress. It's Burn by Linda Howard. 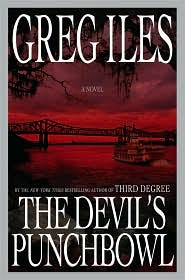 
Iris Johansen and her son, Roy Johansen, join forces once again in Storm Cycle, the story of a computer genius caught in a web of deceit and murder.

Following the success of The Girl With the Dragon Tattoo, Knopf will now publish Stieg Larsson's The Girl Who Played with Fire. Journalist Mikael Blomkvist planned to publish a story exposing a sex trafficking operation between Eastern Europe and Sweden, that implicated many powerful Swedes. Instead Blomkvist ends up investigating murder when the two lead reporters are murdered.

Nora Roberts brings together a wildlife biologist in South Dakota, and the man who was a childhood friend, now an investigator looking for a killer. It's Black Hills.

Chicago Detective Sloane Pearson might be the nearest member of the Sex Crimes Division, but she's tracking a rapist in Theresa Schwegel's Last Known Address. When the case becomes personal, she'll track him down, even if she has to do it alone.

Karin Slaughter returns with Undone, in which Sara Linton finds herself ensnared in a case with deep and disturbing secrets, after a tortured woman ends up in her E.R. Two Special Agents probe the victim's past in an investigation that will change everyone involved.

There are a number of treasures that don't show up in my closet. Get ready for an exciting July!
Posted by Lesa at 12:00 PM

Ewww! I can't wait for RAIN GODS! I have at least one Karin Slaughter to catch up on...maybe two, but I love that series as well. Too much fun!

I Love Greg Iles and that one will be good. Cant wait.
Carlene

A new James Lee Burke! A new Rhys Bowen! OK, I know what I want for my birthday (July 27, folks!)

It's nice to give friends and family that wish list early, Clea. They have time to go shopping!

Good month, isn't it, Jen? Better get caught up on that TBR pile!

Feels as if it's been a while since a Greg Iles, Carlene. I know people will look forward to that book.

So glad you pointed me to the new Greg Iles, Lesa! I have loved his previous works...

My job in the work is to be a book enabler - to bring people together with the books they want to read.