Interview with Nina Vida, Author of The Texicans

I'd like to welcome Nina Vida today, and thank her for 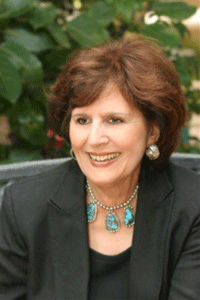 taking time for an interview. Nina is the author of seven novels, including The Texicans.

Lesa - Thank you, Nina, for taking time for this interview. Nina, would you introduce yourself to my readers?

Nina - I’m a writer. I began writing in 1978, and before I finally got published I wrote three books, all of them unpublished and now in book heaven, or wherever beginner books go when they die. When I began writing I thought it would be a hobby, something like knitting or embroidering or roller-blading. I had no idea IT WOULD BE THE THING I DO.

Lesa - Readers are always interested in the publishing process. How difficult was it to get your first book published?

Nina - I had a degree in English, but no degree in creative writing. My three unpublished books were my creative-writing degree. By the fourth book, I thought I was on to something, that maybe, just maybe the damn thing was publishable. I decided I needed an agent, but I had no idea what a good agent was or how to get one. I made up a query letter (much revised as time went on) and sent it scatter-shot to agents. I got some requests to see the book. I was delighted. Then reality bit. One agent kept the novel for a year. I’d periodically telephone her (this was in the pre-email era), and she’d tell me she’d get to the book as soon as she could, that she was snowed under. At the end of the year she returned the manuscript with a note: “I don’t do this kind of book.” Another agent, after telephoning me and telling me how good the novel was, sent it out to exactly one publisher, it was rejected, and he never sent it out again. His secretary finally told me that she thought the agent was having a nervous breakdown and that I shouldn’t expect to hear from him again. Another agent sent the book out to six publishers, and then returned it to me with the information that if a book doesn’t sell after six submissions it means it’s no good. Finally a young agent took the novel on and after 26 submissions sold it to Macmillan. The agent process was my master’s degree in creative writing, in which I learned that the road to publication was the most exciting, exhilarating, frustrating venture in my life, and that if I were to succeed I’d have to have a stainless steel spine. I also learned that talent isn’t enough; the writer who gets published is a writer who is competitive, stubborn, and just plain mad enough to hang on.

Lesa - Your most recent book, The Texicans, was published by Soho Press to great reviews. Would you tell us about that book? 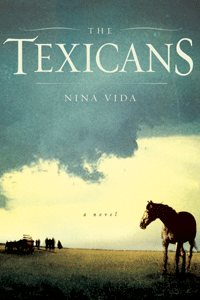 Nina - In The Texicans I write about a group of people who in 1842 left friends and family behind and set out for the wilds of Texas. They might as well have set out for Mars, for all they knew about what awaited them. But it isn’t only that they couldn’t have foreseen the shock of dealing with hostile Indians, drought, illness and death, but they couldn’t have foreseen how peril and misfortune would change them. Character caught in adversity is like the annealing of steel: in the process it can either harden or crack. The surprise in the novel is the exploding of predictability and the twisting of expectation as we watch the timid become courageous and the weak become strong. Story, character, and revelatory change are what my fiction always deals with.

Lesa - Which of your books is your favorite, and why?

Nina - My favorite book is always the next one. Each outing gives me the chance to stretch craft, to experiment with language, to narrow the distance between me and the reader so that they’re in my head as they read.

Lesa - Nina, who would you say influenced your writing? Who do you like to read now?

Nina - Of the writers who have influenced me the most, I would say Anne Tyler, Don DeLillo and Flannery O’Connor – Tyler for her gentle awareness of human foibles, Don DeLillo for his impossibly brilliant use of language, and Flannery O’Connor for her ruthless truth-telling. Recently I loved Nuala O’Faolain’s “My Dream of You” for its hypnotic prose. What I like in fiction is a blend of literary and mainstream, where the language is original, but story isn’t neglected. And if the writer depicts character with insight and has an infallible ear for dialogue, I’m in heaven.

Lesa - What has been the biggest surprise in the writing field?

Nina - The biggest surprise to me in the writing field is that editors don’t buy books, marketing people do. An editor can love a book and want to buy it, and if marketing decides that the writer’s past sales weren’t good enough, the book is rejected. Consequently many writers who “haven’t broken out” are consigned to what publishers like to call midlist, where selling even a fourth or fifth novel is more difficult than getting a first novel published. With a first novel, there is no track record.

Lesa - Can you tell us about the book you're working on now?

Nina - I recently completed a novel about the European Jews who during the Holocaust escaped to Shanghai. My agent is currently making submissions. The book I’m currently working on is a sequel to GOODBYE, SAIGON, the film rights of which were optioned and subsequently bought by MGM/Dick Zanuck.

Lesa - Before I ask my final question, Nina, is there anything you would like to discuss that I might have missed?

Nina - One thing I might add about a writing career is that it helps to have a good reader – someone who loves your work and has your best interests in mind and who not only can sometimes offer advice, but is always available to pick you up when it feels as though you’re butting your head against the publishing wall. That reader can be a collective, such as a writers’ group, or a friend or relative. For me, it’s been my husband, who was a Navy journalist, has great literary taste, and cheers me up when I’m down.

Lesa - Nina, I always end my interviews with the same question. I'm a public librarian. Do you have any special memories or comments about libraries?

Nina - What I remember about libraries was walking to the library on Saturdays with my father. What I didn’t like was that my father could go into the adult section and read any books he wanted, and I was relegated to the children’s section. I was six years old, and I thought there must be books in the adult section that were better than those in the children’s section. And, anyway, I hated being called a child. If anyone called me a child, I would have a tantrum. My father delicately told the librarian that he would monitor what I read in the adult section, but that if she wanted to keep the peace and quiet of the library, she’d have to let me in!

Thank you, Nina, for taking time to talk to us about writing, and The Texicans.