Christmas Books in My Closet.

I've already reviewed a few Christmas books, but if you're looking for some to read this holiday season, there are a number of possibilities. Here are just a few of them, the books I have in my closet.

Hark! The Herald Angel Screamed by Mignon F. Ballard. It's Christmastime in Stone's Throw, South Carolina, and it might take guardian angel Augusta Goodnight to solve the mystery surrounding a stranger's death, in order for the town to enjoy the holiday.

First Christmas at Muddy Creek by Richard A. Bartlett. A Jesuit priest has only a few hours to find a makeshift church, perform a burial ceremony for a shoot-out victim, and scare up a few parishioners for a midnight Christmas mass in a Montana boomtown.

All I Have to Give by Melody Carlson. Just when Anna's hope for the best Christmas ever looks hopeless, the magic of the season works its way into her life.

Christmas on Conrad Street by Marcia Evanick. Dr. Sydney Fletcher's resolution not to fall in love might be tested by the charms of Erik Olsen, and his promises of a traditional Norwegian Christmas celebration. 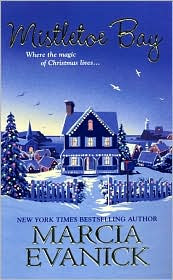 Mistletoe Bay by Marcia Evanick. Cooper Armstrong only had interest in learning his new job on a UPS route in Maine, but he kept delivering packages to a widow with a booming new business. Will it be a happy Christmas for Coop and Jenni, even though she's responsible for three kids, a niece and a mother-in-law?

Once Upon a Christmas by Holly Jacobs. With the town gearing up for the annual Christmas fair, what better gift could three people give - and receive - than the chance to be a real family? It could be Christmas wishes come true.

A Wallflower Christmas by Lisa Kleypas. Take a trip to Victorian London for a romance under the mistletoe as four former Wallflowers try to reform an American rake looking for a bride.

Snow Valley Heroes A Christmas Tale by Robert J. McCarty. Volume 3 in the juvenile Planet of the Dogs series, in which the dogs must come to earth to save Christmas. 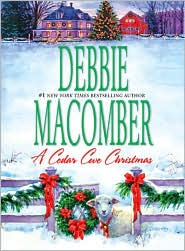 Christmas Eve, she's given a room on a ranch, over the stable.

A Christmas Grace by Anne Perry. With Christmas just around the corner, Emily Radley is called to a remote town on the western coast of Ireland to be with her dying aunt. She finds a town haunted by a tragic legacy.

Silver Bells by Fern Michaels, JoAnn Ross, Mary Burton and Judy Duarte. A special holiday collection of romances.
Posted by Lesa at 6:00 AM

I want to read "Silver Bells" by Fern Michaels, JoAnn Ross, Mary Burton and Judy Duarte and "A Wallflower Christmas" by Lisa Kleypas so badly! I love the cover of Marcia's book and wanna read that too. I absolutely love Christmas theme books!!!

Lesa, thank you so much for that list. I've been looking for Christmas book suggestions, and this was just the ticket. Now at least I've got a few ideas when I go looking.
Marleen

I'm with you! I love Christmas theme books, and I'll even read them during the summer if I find one that looks good.

Lesa, help me, please! I am buying books for all and sundry, and there is a great-niece, she's 13 and is not a reader. She said no to Harry Potter (wants nail polish but that's her parents' problem). I know she likes animals. Can you recommend some books I could buy for her? Are the Stephanie Meyer books suitable? Thanks!

Hmmm. Animals. Stephanie Meyer. Let me check tomorrow and get back to you, Corey.

I love the Christmas books and I'm getting mine together to read this month - I have a ton in my TBR!

Isn't it fun, Yvonne? I'm just afraid I'm going to run out of time before the end of the month.

Corey - Books for that great-niece! My teen librarian said Stephanie Meyer's Twilight would be OK, but she really recommended two other books. One is the ultimate chick lit book for teens (and she was careful what she suggested). Bad Kitty by Michele Jaffe. She said it's funny. The other one is also funny, but appropriate. It's called - Girl, 15, Charming But Insane by Sue Limb. She recommends both of those. Good luck! (I told her your niece wanted nail polish, and these are books for a girl who wants nail polish.)

Lesa, thank you so much for the recs and for taking time to do the research. Adding these books to my list right now.