Not my best month for books - too much politics, too many workshops taught, too many late nights at work. But, here are the books I read during October.

I Still Have It...I Just Can't Remember Where I Put It by Rita Rudner - The comedian's life, with her own humorous slant.

Booth's Sister by Jane Singer - Novel about John Wilkes Booth's sister, Asia, and her love of her brother.

Heartshot by Steven F. Havill - First in the Posadas 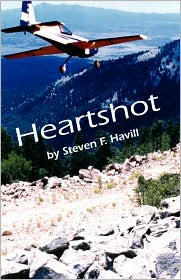 County mystery series in which Undersheriff Bill Gastner and Deputy Estelle Reyes tackle a drug problem in the county after a car accident kills five teens.

The Maze of Bones by Rick Riordan - Book one in the 39 Clues series in which orphans Amy and Dan Cahill travel the world, competing against family members for a clue that will make them the most powerful people in the world. Juvenile fiction.

War As They Knew It: Woody Hayes, Bo Schembechler, and America in a Time of Unrest by Michael Rosenberg - The ten-year football war between Woody Hayes at 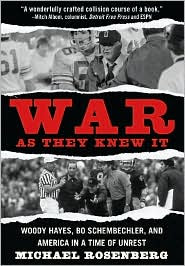 Ohio State and Bo Schembechler at Michigan, during the turmoil of the 70s.

Cancer is a Bitch: Or I'd Rather Be Having a Midlife Crisis by Gail Konop Baker - Memoir of the author, and the year she discovered her breast cancer.

Girl of My Dreams by Morgan Mandel - Jillian Baker, assistant to the producer of a reality show, becomes his TV star, but she's more interested in romance with him than winning the contest and a millionaire.

50 Ways to Hex Your Lover by Linda Wisdom - Jazz, a witch, and her vampire lover, Nick, team up against a man who has been stealing the lives of vampires. Sexy, suspense novel with humor.

Rough Weather by Robert B. Parker - Spenser is hired as an escort at a wedding, where everything goes horribly wrong.

Hex Appeal by Linda Wisdom - Who is behind the 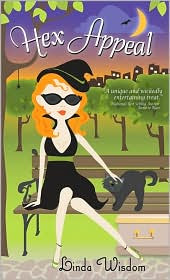 nightmares that haunt Jazz and Nick? Another fun, sexy novel with terrific characters.
Posted by Lesa at 6:00 AM

Thanks for mentioning Girl of My Dreams, Lesa.

And thanks for mention Hex Appeal, Lesa!

You're welcome, Linda! Love your characters, including the Fluff and Puff, and the crocs!