L.J. Sellers, author of the crime novel, The Sex Club, took time from her writing schedule to take over as guest blogger today. Thank you, L.J.! 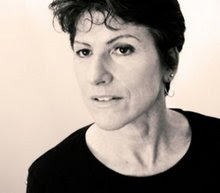 Lesa said I could use this opportunity to introduce myself, and who can resist that invitation? If you're familiar with my current novel, The Sex Club, you know three things about me already.

2. I'm not afraid to take chances.

3. I write from the heart about things that are important to me.

I'm one of those lucky people who knew from a young age what I wanted to be when I grew up. I envisioned myself as a broadcast journalist, living the single life in New York and covering all the big events. Instead, I ended up in Eugene, Oregon, working for a pharmaceutical magazine and writing novels in my spare time while raising three boys (and various other children). I know more about prescription drugs than I ever thought I would. I ended up with more children than I had planned, and it's taken a lot longer to get my novels to the public than I ever imagined.

I could tell you about my two-decade struggle to get published, a story that involves several novels, several agents, and several close calls. But other authors have taken similar paths, so instead I'll tell you some things that are specific to me and my writing.

4. I took a comedy writing class (so I could improve my comedy scripts) and had to perform my material as a final grade. It was such good fun (and I was surprisingly good), so I wrote more material and went back to perform several more times. Yet, public speaking terrifies me. And my crime novels are not humorous.

5. I write the kind of novels I like to read: fast-paced crimed stories that combine mystery and suspense with realistic engaging characters.

6. I write about antagonists who are in many ways ordinary people with a character flaw (or two) who commit crimes out of fear, frustration, self-protection, or misguided passion. 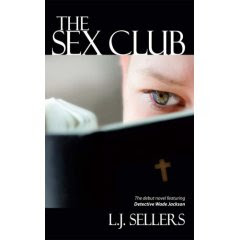 I'm currently writing a series featuring Detective Wade Jackson. The series is set in Eugene, and Jackson is a veteran detective raising a 14-year-old daughter. He purposefully is NOT a hard-drinking, violence-prone cynic loner. He's a likable man who's dedicated to his job and his daughter and trying to balance the two. The first novel in the series, The Sex Club, has garnered dozens of rave reviews. It gives me such joy to finally have a novel out there that people are reading and enjoying. Please don't be put off by the title. The story isn't x-rated. I debated at length about whether to use that provocative title, but so far no one has come with anything more fitting.

Recently, I completed a second novel featuring Detective Jackson. It's called Secrets to Die For , and I'm optimistic that I'll have a publishing date soon. I also have a standalone thriller (The Baby Thief) that I hope to see published some day as well. (And I have a collection of "practice" novels gathering cyber dust on my hard drive.)

Here are few unusual facts about me:

7. I once rode my bicycle from Oregon to the Grand Canyon (including up and over Donner Pass, elevation 10,000 feet).

8. I have spent my whole life in search of a comfortable, attractive pair of shoes and once wrote a comedy screenplay called Shoes. (It placed third in a competition.)

And here's a few business-like facts:

9. Most days, I work from six in the morning until about ten at night, but a lot of what I do is so enjoyable that I don't think of it as work. That is the joy of being a writer.

10. I am also a freelance editor. I split my editing time between corporate reports/academic books and fiction manuscripts. After writing fiction, editing fiction is my next favorite thing.

If you'd like to know even more, or preview my writing style, please stop by my blog: http://ljraves.blogspot.com


Thank you, L.J.! I appreciate the guest blog.

I admit I almost skipped the interview because of the title--but after reading the interview, the book actually sounds like something I would read and enjoy!!! Oh, I try not to judge a book by its cover (or title) but that title just sounds like a strange tell-all or...well, worse.

I'll be going to the library this week and I'll check it out!!!

The title of this book has caused much discussion and frustration. People either love it or they hate it. If I had a better one...or could do it over ...

It does cause confusion, L.J. That's the reason I put "crime novel, The Sex Club," so my readers who are used to mysteries, romances or even children's lit, wouldn't think I had branched off into something else with my blog. (grin)

Thanks, again, for blogging here today.

Thank you for the guest spot today. I'm definitely adding your book to my TBR list. I favor "real" characters and your Wade Jackson sounds like he fits the bill!

I read The Sex Club and really enjoyed it! I think the title does confuse lots of people. lol I knew it was a crime novel and I had heard good things about it. I'm looking forward to reading Secrets to Die For!

Thanks, Carol, for the comment! I'm sure Jen and Maria will appreciate it!