September Treasures in My Closet

On the first day of every month, I get to dig through my closet, and put the ARCs in order again. It's one of my favorite days, when I get to pile up all of the books that are due out in the next couple months. I have ten books on the stack that are scheduled for September publication, along with one originally scheduled for that month, but now due out in August.

I'm half way through Alafair Burke's new Det. Ellie Hatcher novel, Angel's Tip. This is now scheduled for release in mid-August, but I hadn't mentioned it before, so this will do. When a beautiful blond tourist was murdered in New York City, the police quickly caught the killer. Or did they? Ellie isn't so sure, because there are links to earlier crimes when other blonde women were murdered, and their hair taken as a souvenir. 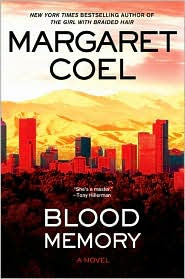 Margaret Coel's first standalone, Blood Memory, is on the top of my pile for September. In a departure from her Father John O'Malley/Vicky Holden mysteries, Coel introduces Catherine McLeod, an investigative reporter in Denver. However, Coel still brings us the subjects her readers love, as McLeod becomes a target for assassination following her coverage of the Arapaho and Cheyenne tribes filing to reclaim twenty-seven million acres of their ancestral lands.

The Book of Lies is Brad Meltzer's latest novel. Only Meltzer could connect the story of the weapon Cain used to kill Abel with a murder thousands of years later. Only Meltzer can connect those stories to the creation of Superman. 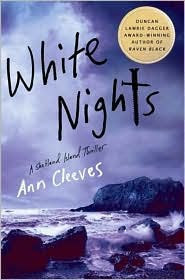 Inspector Perez back to the Shetland Islands in the second book in the series. A stranger disturbs an art exhibition by bursting into tears, claiming not to know his identity. The next day, Perez finds him murdered.

Murder on the Eiffel Tower by Claude Izner introduces Victor Legris, a young bookseller in Paris during the 1889 World Exposition. When a woman collapses and dies on the new Eiffel Tower, Legris is determined to find out what really happened.

Alice Mattison is the author of Nothing Is Quite Forgotten in Brooklyn, a story revealing secrets that have been kept in two families for over fifteen years, stories of friendships, and relationships.

Medieval Ireland is the setting of Cora Harrison's A Secret and Unlawful Killing, in which Mara, a female judge, is called upon to investigate a string of shocking murders at the Michaelmas Fair in 1509.

The Clinch Knot is the third book in John Galligan's Fly Fishing mysery series, featuring Ned "the Dog" Oglivie, a man who really wants to leave a simple life, but entangles himself in others' affairs.

Craig McDonald's Toros & Torsos, the legendary crime novelist, Hector Lassiter, is pitted against a cabal of killer artists. It's a noir story that spans dramatic backgrounds, and has a cast of characters that includes Hemingway, Orson Welles, and Salvador Dali.

The only nonfiction book in the stack is Boys Will Be Boys by Jeff Pearlman. Subtitled "The Glory Days and Party Nights of the Dallas Cowboys Dynasty," it tells the story of the team during the 1990s.

Those are just the terrific books in my closet. Place your holds at the library now, or order them from your favorite bookstore. Do it today, because tomorrow, I'll talk about the September releases that are not in my closet.
Posted by Lesa at 5:00 AM

Labels: Treasures in My Closet

I just heard about Nothing Is Quite Forgotten in Brooklyn this week (Kirkus, maybe?), so between that and reading your blurb, I'm on it!

Sounds like you have some great reads coming up...looking forward to the reviews.

Thanks, Jill. I'm looking forward to some good books!

Lesa, I'm very envious of you having Angel's Tip already. Definitely looking forward to that, myself. The others sound enticing as well.

I will have Envy the Night (Michael Koryta) on my list for August as of Tuesday when it comes out.

I never have a shortage of great things to read! Thanks for contributing to the list.

Glad to contribute to your TBR pile, Jen. (smile)

I'm waiting to post my review of Angel's Tip until the week before it's released, but I finished it last night. You won't be disappointed.

Thanks for mentioning my upcoming book, "Boys Will Be Boys." I hope you enjoy it, and if I can answer any questions, please don't hesitate to e-mail me at anngold22@gmail.com. I also have a website for the book, www.jeffpearlman.com ...

Thanks, Jeff! And, I've already told my sister about it. My brother-in-law is a lifelong Dallas Cowboys fan.

Good luck with the book.