For Buckeye Fans Only! 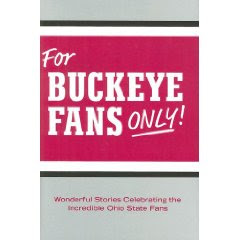 The college football season starts this week, and for those of us from Ohio, no matter where we live in the country, that means Ohio State football. In my family, you're born a Buckeye, an Ohio State fan, whether or not you ever grow up to go there. My grandfather, an aunt and uncle, my sister and brother-in-law, and cousins all went to Ohio State. Every member of my family flies an OSU flag made by my mother. Rich Wolfe's For Buckeye Fans Only! was so popular in my hometown of Huron, Ohio, that my mother had to go to a neighboring town to buy more copies for presents. My husband and I both appreciated the copy she gave him.

It's a chatty book, with everything a Buckeye would love. There are chapters featuring famous Buckeye fans, such as Jack Nicklaus and R.L. Stine. Coaches talk 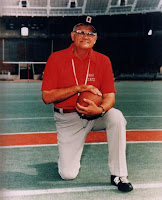 about Woody Hayes and Ohio State football. Former football players talk about their years at the school. It includes jokes about Michigan and Ohio State. One section is made up of the every Sports Illustrated cover devoted totally to Ohio State, in color. The sidebars with trivia are fascinating.

Some of the stories are truly inspiring, such as the one told by a former OSU player and state senator, Dick Schafrath, who went back to finish college and got his degree at seventy. Woody Hayes and Jim Tressel might not seem to be similar, but the 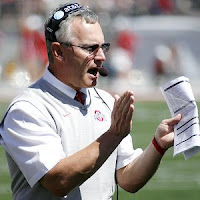 stories told by their fans show them as more than coaches. They were men who gave their time and talents to those that needed them, the charities, the children's hospitals, the community.

There are even articles by the not-so-ordinary fans. Larry Lokai has only been Buckeyeman for nine years. But, in that time, the man who dresses in the long, ugly red wig has given away hundreds of buckeye necklaces to other fans. He's a regular on television shots at the games.

And, I can attest to the fact that he carries those necklaces with him since I received one from him when he stopped in at my library in Florida.

For Buckeye Fans Only! is a collection of memories. It truly is a collection for fans because others won't always appreciate the stories and jokes. But, it's a book that brings together readers and Buckeyes who support the team, no matter where they live in the country. Rich Wolfe specializes in this type of book, articles and collected memories. I'm a Buckeye, born and bred, but I'm still tempted to look for his book, For Notre Dame Fans Only - The New Saturday Bible. That one has to have wonderful memories. But, for any Buckeye, this is the book to own. 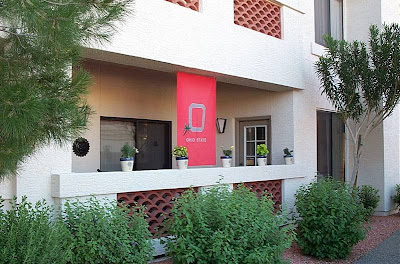 Ohhhhh, Lesa . . . this is devastating! We are all born and raised MICHIGAN fans here! GO BLUE! :)

That's OK, Joy. I still like you. We have a very close friend who lives outside Detroit, roots for Michigan. We've loved him for over 20 years. We did teach his son when he was little to say, "Go Bucks," though. (smile)

Hey . . . you allow comments from the peanut gallery!?!

Yes, Joy. I'll allow comments from anyone, including my husband. It's just if I don't like the comments, I delete them. You're lucky I kept yours on this blog entry. (grin)

Good on yer, girl, for keepin' the faith!

I noticed you were a Buckeye fan on your blog, Corey. Of course, we keep the faith!